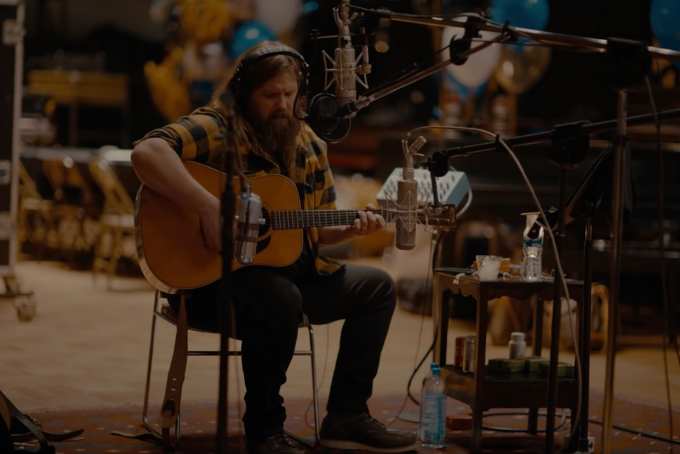 For most people, 2020 was a total game-changer for how we view things both personally and on a larger scale. Many people have felt lost, heightened emotions and weakness to name a few, but country star Chris Stapleton is hoping to turn things around and give fans a new perspective of 2020. Last week, Stapleton released his album, Starting Over, giving fans a ray of hope as we begin to look to the year ahead. Stapleton wrote the album “to the best of who we’ve been and the promise of who we can be,” creating one of the most anticipated country albums of 2020.

Starting Over dropped November 13 with a 14-song tracklist, each feeling like home with every beat. Three of the 14 were previously released — “Cold,” “Arkansas” and the title track, “Starting Over” — which helped build the anticipation of the album. Stapleton also features a variety of music styles on the album, but each and every song showcases his strong voice and musical talent.

While each song is special, “Maggie’s Song” seems to be a fan-favorite upon release. The song was written as a tribute to Stapleton’s late dog, Maggie, who he had with his wife Morgane, and the lyrics of the song are extremely emotional. Stapleton sings, “I told her she was a good dog // And I told her goodbye // Run, Maggie, run // With the heart of a rebel child // Run Maggie, run // Be just as free as you are wild.” Anyone who has lost a beloved pet can relate to the sadness.

“Maggie’s Song” is just one of the emotional masterpieces released on Starting Over. Each and every song is emotional and raw, whether it has a rock feel or a slower ballad feel. Even Leslie Jordan stated on one of Stapleton’s Instagram posts, “Music does not get any better than this …..ever.” Music is our way of connecting in 2020, and with Starting Over, Chris Stapleton may have saved the year with this can’t-miss album.