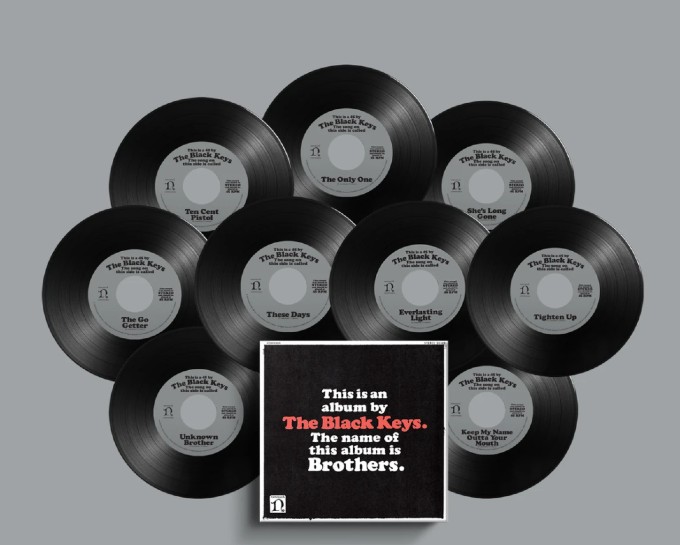 Ohio native rock band The Black Keys are celebrating the 10-year anniversary of their Grammy Award-winning album, Brothers, with quite the celebration. The initial release was announced with a video that features a fan texting on a T9 keyboard about the new release of Brothers.

Spoiler alert: the fan is so distracted by his excitement for the new album that he stops in the street to finish his message and is hit by a car. Cut to 10 years later, The Black Keys fan awakens from a coma to learn that it’s the 10-year anniversary of the album. Not much has changed according to the hospital orderly, but the remastered album on Coma-Fan’s bedside table comes with new music and heat-sensitive ink on the packaging.

“Well, this looks pretty cool. How bad could 2020 be,” Coma-Fan wondered. With this new release in hand, things indeed are looking pretty positive.

The remastered album is officially available for sale on December 18 in North America, with a delayed release of January 1 worldwide. The remastered album is available as a unique 7-inch box set, double LP set or a CD box set. These sets will also include a collection of archived photos and notes from front-man David Fricke to mark the momentous occasion that is 10 years of funky jams and mind-blowing live shows.

Not only is the band offering exclusive remastered merchandise packages, but they’ve also included a few never-before-heard bonus tracks. One of the exclusive tracks, “Black Mud Part II,” has been released to the members-only fan club sponsored by The Black Keys, dubbed The Lonely Boys & Girls Club. All fans are welcome to join the fan club to receive bonus materials similar to the unreleased tracks and other updates.

In the decade since their breakthrough-album, The Black Keys have grown into an alternative household name. Even though the band has grown past basement shows to fill stadiums, their rough, charismatic tunes still carry the grit of dark stages and steamy crowds. This milestone pays homage to where the band began with an eye turned to where they could go next.