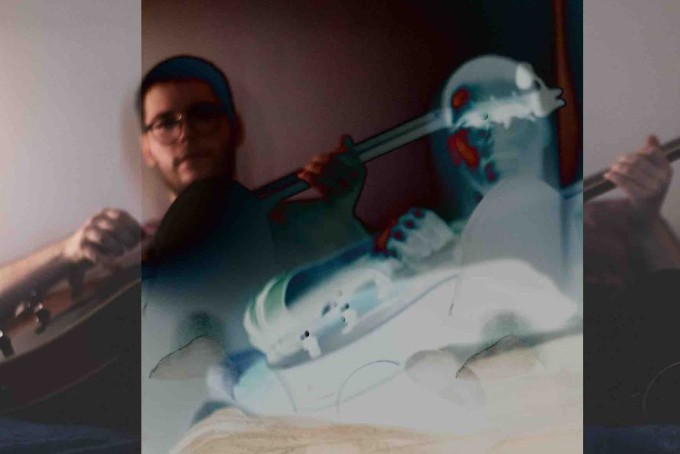 Beau Dega’s Holy Cannoli is a portrait of a man caught up in a whirlwind of heartbreak, mental illness and financial struggles. This album has everything a sad Brooklyn baby could want, from sappy love songs to Grindr confessionals, and even a bop about how we should eat the rich. That’s right — and did we mention that it ranges in genre from lofi-rock to house music? The versatility!

Since 2016, Beau Dega has been putting out content on all major platforms as a solo artist. He has, however, worked with other artists on other projects, most notably as “Powerviolets” lead guitarist for live shows.

This is the third and (in our humble opinion) greatest Beau Dega album yet. Not only does Holy Cannoli expertly maintain cohesion through a vast variety of styles and ideas, but it’s also so vulnerable and pensive; you can really feel that Beau has lived everything he’s singing about. Beau has been open on his social platforms about the inspiration behind his music — his songs delve deep into personal experiences with love, lust and mental illness, against the backdrop of Brooklyn, New York.

Despite the somewhat harsh reality of the subject matter, Holy Cannoli still feels lighthearted. It manages to be reflective and personal while maintaining a groovy, chill feel. The album is punctuated with whimsical interludes, which keeps listeners on their toes and lifts the melancholy after the more somber songs.

It has a broad variety of influences, including the pop stylings of the Spice Girls (yes, you read that correctly), the sultry R&B flavor of Kali Uchis (OK, this one makes a bit more sense), and even a nod to Prince in Beau’s track “I’ll Go” (“Your incense and candles // Am I dreaming or just in your thighs”). Don’t believe us? Take a look at the playlist titled “What Inspired Holy Cannoli” on Beau’s Spotify and see for yourself.

However, this doesn’t even begin to scratch the surface of the complexity and genius of this album. Holy Cannoli is a masterful fusion of many different genres, namely funk, lo-fi/bedroom pop, R&B, and 60s pop. It feels familiar, but still fresh and new. There’s a sort of welcome nostalgia that comes from listening to an album like this that’s really rare and exciting.

You can stream Holy Cannoli now on any major platform.