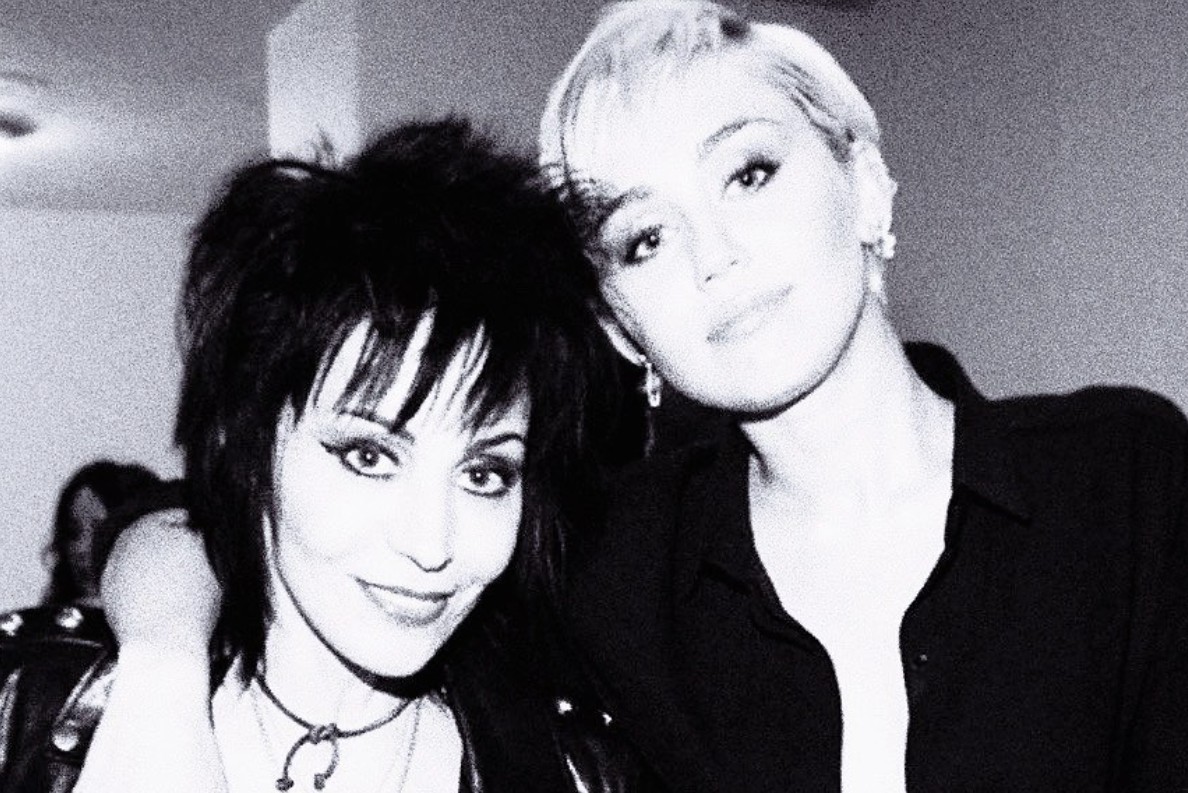 We always knew Miley Cyrus‘ voice was made for rock music. Now, she’s teaming up with rock music’s elite on her latest album, Plastic Hearts. Sure, Cyrus has changed her style over the years. However, the one consistent thing is her raw, undeniable talent. Now, she’s releasing tracks that are truly spotlighting that talent. Miley’s 2020  rock-inspired album is one of the biggest hits this year. Even better, we see her collaborating with one of her inspirations, Joan Jett, on the track “Bad Karma” and the track is anything but bad.

In a way, Cyrus and Jett have so much in common. Besides musical talent (and rocking mullets), both women give off a powerful, confident energy that has made them leaders the industry. With a no-nonsense attitude and focusing on creativity, they’ve been able to come out on top, despite rough patches. Their similarities are evident on “Bad Karma” as the lyrics give off bad bitch energy. Cyrus and Jett are singing about making mistakes and living a double life. They show that it’s sexy to have confident and if you want to be badass, go for it. Lyrics like, “I don’t give a fuck // I don’t believe in luck // It’s why I do what I wanna do” is the boldness we need this year.

Instrumentally, “Bad Karma” is slow and sultry. We have a steady drum beat bringing the power. And of course, we end with some strong guitars so we know Cyrus is here with Jett to rock. The best part is how well Cyrus and Jett work together. Clearly, they both have strong voices. But together, their raspy rock vocals are sexy and electrifying. The powerful energy is brought through in their tone. So, even with seemingly smooth production, the track gives off the vibes of a classic rock single.

Obviously, if you haven’t heard “Bad Karma” you better pop in those earbuds right now. Or, put the song on full blast. Miley and Joan are here to provide you with a cool and confident anthem. They’re also bringing a bit of rock and roll back into 2020. The power these two women hold is incredible. Miley’s wide range of influences really shows on this album and it’s art at its finest. With Cyrus also working with Dua Lipa and Stevie Nicks, we can only hope for women to continue ruling music and dominating pop, rock, and every other genre.