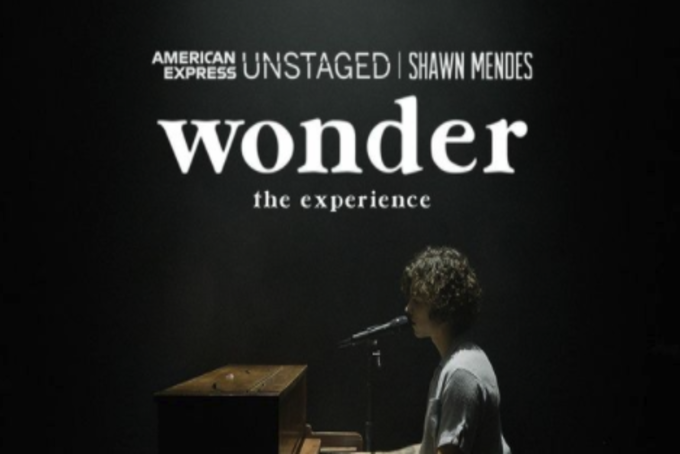 Shawn Mendes came out with a Netflix documentary Shawn Mendes: In Wonder on November 23 that documents the last few years of his life on the road and making new music. It is full of vulnerable and intimate moments that are guaranteed to make you see the seemingly polished pop star in a different light.

Within the first few minutes of the film, we see Mendes typing into his phone to communicate instead of speaking due to being on strict vocal rest. He says “Ever since I was about 10 years old, I was obsessed with being really good at things; that my worth is based on what I do, and that can lead to a dark place.” This moment sets the tone for the entire documentary. The film documents his 2019 world tour, and all the ups and downs that come with seemingly “overnight” fame and being on the road for so long. It showcases him in his element on stage, as well as showing behind the scenes footage of him working in the studio. As exciting as these moments are, the real magic of this film lies in the seemingly smaller moments.

We get to see Mendes return to his hometown of Pickering, Ontario, where he shows us his childhood bedroom and even an open field that he and his friends used to hang out at after school. We get to meet his family, including his sister who reveals they used to have conversations about how he “never wanted to be famous” before his rise in popularity. The film does not shy away from Mendes’ struggle with anxiety and perfectionism, and we get to see that first hand when he has to cancel a concert in Brazil same day because his voice was in bad shape. This was definitely a stand out moment, because it shows Mendes in a teary eyed and vulnerable state, confessing how he feels like he’s letting his fans down. He opens up more about his anxiety and how he has chosen to view it as a friend he gets to live with instead of something that inhibits him.

The film also gives us more insight into his and Camila Cabello’s relationship and how strong their connection is despite both being very busy pop stars. There are many small but powerful moments in the film that really give us an insight into who he is behind his perfect pop star image, and that’s what makes this film so special. Watching this documentary really makes you take a step back and realize that, at the end of the day, Shawn Mendes is just a “guy who loves music.”

In addition to this documentary, Mendes also released the full concert film from his hometown show/first stadium headlining show at the Rogers Centre in Toronto. You can check out Shawn Mendes: In Wonder and Shawn Mendes Live In Concert on Netflix. Shawn’s new album Wonder is set to release on December 4.