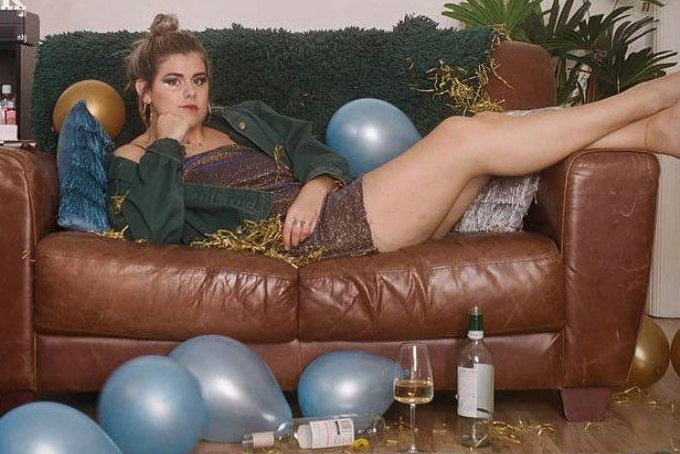 British singer-songwriter Claudia Kate expanded our look in on her forthcoming debut album with the release of her second single of the year, “Pity Party.” On the heels of her snappy summer single “Girls Girl,” “Pity Party” presents an apt take on the modern youth experience. Produced during Britain’s lockdown due to the pandemic, the self-proclaimed bedroom pop artist’s yet-to-be-named debut album is slated for release in 2021.

The track splendidly encapsulates a feeling most everyone experiences growing up. Setting the scene of a lonely night aided by cigarettes and prosecco. Somber vibes prevail early on but are promptly quashed with a sweeping tempo chance that introduces piano to the dance. She sings of the phantom helplessness of coming to terms with coming of age and reluctantly bidding farewell to the complacency afforded to the young.

In a statement, Kate shared, “’Pity Party’ is about being in your 20s and not knowing where your life is going — the naivety of your teen years running dry and suddenly finding yourself surrounded by half-deflated balloons and broken wine glasses. The song is reminiscent of the after-party and the wonderful mess that is left behind it; I hope ‘Pity Party’ takes you to the same beautifully chaotic place I was in when writing it.”

Looking forward to the album, the first two tracks draw on Kate’s versatility with song cadence. Unlike “Girls Girl,” “Pity Party” evolves over the course of itself. Instrumentally sound through its duration, “Pity Party” has a prayerful aura that comes off as equally therapeutic for the artist as for its audience.

The cover art for the track depicts Kate in the midst of of one of her aforenoted pity parties. Promotionally, Kate curated a playlist of her go-to “Pity Party Anthems” on her Spotify page, featuring a diverse range of artists including Lana Del Rey, Arcade Fire and fellow Brits Arctic Monkeys.