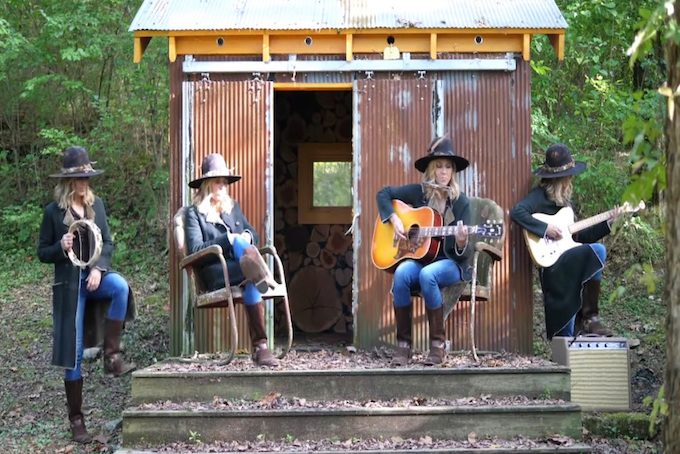 In an amazing twist, country music legend Sheryl Crow has released a cover of the late Tom Petty‘s “You Don’t Know How It Feels” and it is everything we could ever want! Crow performed the song on November 25 on The Tonight Show Starring Jimmy Fallon as a tribute to the singer and in celebration of Wildflowers & All The Rest that is coming out just in time for the holidays.

A post shared by Tom Petty & The Heartbreakers (@tompettyofficial)

“You Don’t Know How It Feels” originally released in 1994 on Petty’s Wildflower album. The song was the lead single of the album and really broke ground for Petty being one of his last Top 40 Hits. With the release of the 3 LP, Wildflowers & All The Rest on vinyl, Crow wanted to pay tribute to the late legend by performing the song, which can be found on her Instagram.

Crow records the video of her covering the song outside by what looks like a rustic shack as she plays her guitar. She keeps the song in the original style with rich sounds. Some fans were concerned about the tribute not being true to the original style, but she did a great job of that and while paying tribute to musical legend. She also harmonizes with herself in the song, and at one point she shares a stage with herself playing the instruments and singing.

Tribute’s are always tricky because artists want to put their own personal flair on the original song, but Crow kept the important parts of the song like the rich sound and strong “old country’ vocals, maintaining the soul of the tune. It is definitely a tribute worth watching, and fans are loving every minute of it!

Be sure to check out the amazing tribute to the late Tom Petty here: