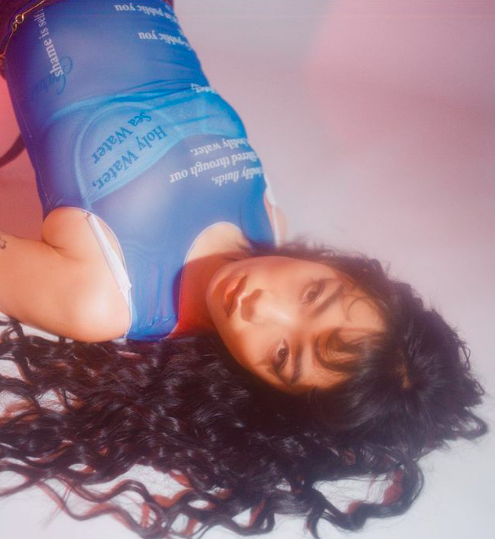 If you’re like us, you haven’t been able to get enough of Rina Sawayama’s debut album, SAWAYAMA. Well, thankfully, we get even more!

Sawayama just released a deluxe version of the album that includes plenty of new material and new versions of previously heard songs.

The new songs are bonus tracks “LUCID,” “We Out Here” and “Bees & Honey.” There’s also a cover of The 1975 track “Love It If Made It,” plus acoustic versions, live versions, and remixes of SAWAYAMA songs. The remixes feature guest producers like Pabllo Vittar, Dream Wife and Bree Runway.

“LUCID” is the main single off the new version of the album. It’s another pop smash from the artist, full of club beats and a very catchy chorus. There are definite Lady Gaga influences, which makes sense because BloodPop, frequent Gaga collaborator, produced the track.

She also released a music video for the track, which shows the artist in a cartoon, neon city before getting drawn into a glowing “lucid” dream world where she chases an alternate version of herself. She’s one of the many artists who have found creative ways to make videos while we’re all still in lockdown.

“‘LUCID’ is about living a different life through dreaming, whether it’s to be with the dream girl or to be the dream girl. Me and Lauren Aquilina wrote this together on the floor of my tiny rented living room in early 2018. BloodPop sent us the beat and the melody flowed out so easily that at one point I started hoovering because I knew it would be easy to write,” Sawayama told Apple Music.

Like many other artists, Sawayama planned on a big tour this summer, but has had to push back all the dates to 2021. Fingers crossed we get to see this pop-star-in-the-making perform live soon!

Check out the deluxe edition of SAWAYAMA here!