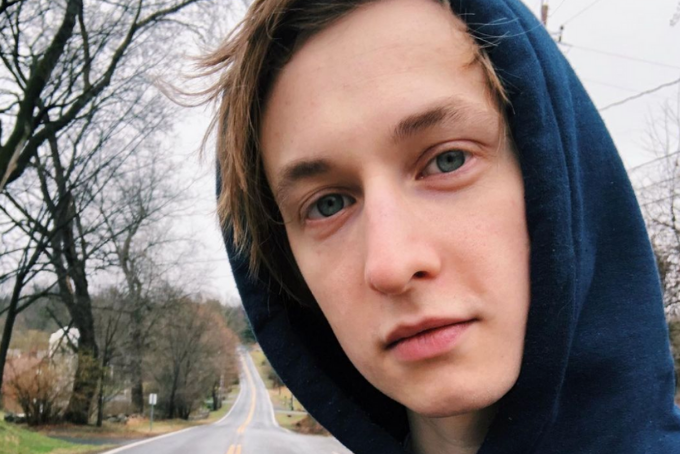 True to the homey and comforting vibes that have done him well through his entire catalog, noted NY poet and rapper Dylan Owen has released his third track of the year, “A Time To Move On.” On the heels of his fifth long-form project, 2019’s Holes In Our Stories, “A Time To Move On” is a tribute to his childhood homestead, and the weight that is carried by your youth home base.

This week has been crazy. It feels so good to have new music out in the world

Comme il faut for Owen, who has cornered the heartfelt rap market, “A Time To Move On” is a touching take on his life story and major life events for which his house served as the backdrop. Peacefully swathed in a sprinkling of trumpet and record scratches, Owen almost prayerfully digs up old feelings in his signature authentic flow, his sporadic conveyance fluently spacing each line’s contents differently. Aided by the voice of Skyler Stonestreet, they sing, “I found myself in this house // Now that wе’re moving out // I find myself lost here // Cuz we made a mess under these basement steps // I can’t regain what’s left of my lost years // They’ll be disappeared here forever like ghosts in an attic.”

It’s an interesting take, and something some fans may not fully understand unless they have left their first home. The memories remain among your confines while you remain in the house, and that’s special. Blinded by the comfort of the house, you lose sight of things you may not think you would miss. Dylan does a better job of explaining it, singing, “Everything we lived through we suddenly miss // I hope the next family loves it just as much as we did // their middle child finds true love in my room // Down in this basement, our emotions would grow up huge // I learned to say the word ‘cigarette’ here, and how to smoke one, too.” Perfectly encapsulating the feeling of missing everything you have ever known, but more so the familiarity and placebo comfort that comes with a space you know so well.

The track is on brand with his previous 2020 release, January’s “We Were Only Kids Then” — the theme of cathartic reflection and soothing one’s soul by looking back fondly and accepting change.

“A Time To Move On” shows growth for Owen, his vivid orations of topics both mundane and taboo increase in effectiveness with each release. On the production side, instrumental layering and precise additions, including a woman’s voice, who Owen revealed to be that of his mother.

Before the pandemic, Owen had gotten creative with fan activation, doing coffee with fans who passed through his hometown of New York City, chronicling the encounters on social media. The posts held a theme of how the listener started listening to the music, and how his music had played a role in these listeners’ lives.