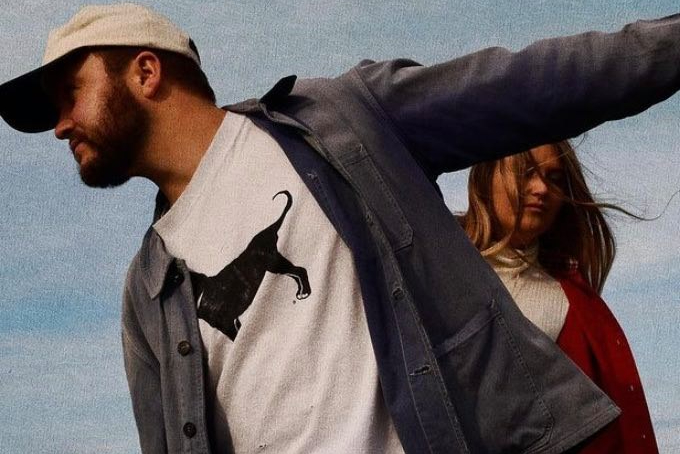 On the heels of his critically acclaimed third album, A Letter To My Younger Self, Michigan’s own Quinn XCII’s torrid paced 2020 ended with a bang at the top of December with a collab with Chelsea Cutler, “Stay Next To Me.” Quinn and Cutler have collaborated on various tracks before, most notably on Quinn’s breakout single, “Flare Guns.” Produced by his childhood friend and primary producer Ayokay, the track sets the stage for a sequel for his 2015 independently released EP, Change Of Scenery, which is slated to grace our eardrums in 2021.

First promo for the track was a lengthy peek via Quinn’s TikTok in October.

In a press release, Quinn said of the track; “…the goal was to go back and channel the same inspirations and writing process that we did when we made my first EP, ‘Change of Scenery,’ in 2015. Chelsea is like a little sister to me. She and I have worked on a number of songs together and have also spent months on the road with one another touring our music.”

“Stay Next To Me” is bassline driven and feel good, on brand with Quinn’s catalog writ-large. The track is an impeccable portal for Quinn and Cutler’s harmonies to co-mingle and thrive. Quinn’s homey and chill tones match up shockingly well with Cutler’s soothing, high falsetto range. Ayokay, who’s smooth and catchy production style hits it out of the park, as he does with his own music. Singing of a party that neither singer is enjoying, they acquaint and bond over their shared discontent with their evenings. Through staying next to each other, the pair ride the night out together. Calming and summery energy nestled amongst keys and a simple beat that screams reassurance, they sing, looking back on nights out that the world is without right now.

The track hits an interesting point with society right now, with the pandemic raging forever more that usual, a song about meeting a person out on the town feels like such a foreign concept. With masks and social distancing hampering social interaction for us all for the foreseeable, mask-lessly meeting someone in a bar and allowed to stay next to them sounds like an absolute dream.

The release was celebrated over Instagram Live, where Quinn spoke to Cutler and Ayokay about the track and upcoming EP, Change Of Scenery II, which will be produced exclusively by the latter.

On Sunday, Quinn reported on Instagram that “Stay Next To Me” is his fastest track to reach 1 million digital streams, hitting that mark in under two days.