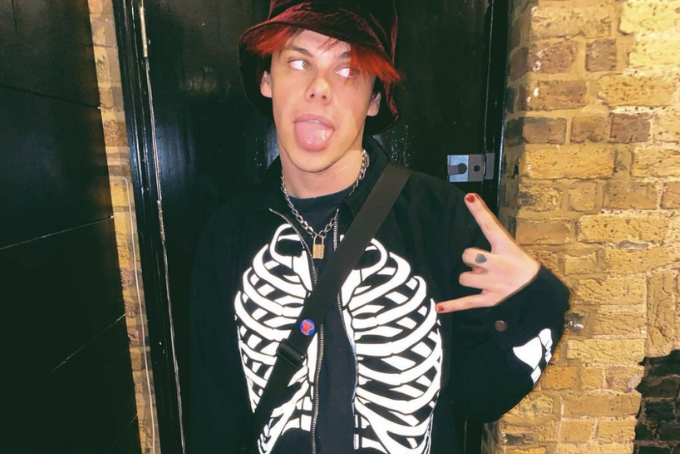 Yungblud‘s second studio album, Weird!, is finally here and we’re ready to dive right in. The 23-year-old British rock star set out to re-define what it means to be different and encourages listeners to embrace who they are on this new record.

Following his first record, 21st Century Liability — which centered around being misunderstood and angry at the world — Weird! focuses on accepting who you are and finding out where you belong. While zipping through different sounds and genres Yungblud tells stories about overcoming some of the weirdest and hardest times in life.

The album starts off with “Teresa,” a song inspired by a fan whose boyfriend had passed away. Yungblud thought of this fan while writing this song and decided to write it from her boyfriend’s perspective watching over her. The song begins as soft piano ballad before erupting into an epic rock song after the first chorus. Moving on, we hear one of the more pop-infused tracks with “Cotton Candy,” a sexual liberation anthem about getting completely lost in someone with lyrics like, “I wanna get stuck between your teeth like cotton candy // So you’ll remember me, darling”.

This album also sees Yungblud get vulnerable on songs like “Mars” and “God Save Be, But Don’t Drown Me Out.” “Mars” is a song inspired by a transgender fan he met whose parents had a hard time accepting her until they attended a Yungblud show. The song demonstrates craving a sense of belonging with lyrics like, “She dreamed she’d go to California // There everyone would adore her // And all her mates will call her // ‘Til four in the morning // Is there any life on Mars?” He also gives listeners a sense of belonging in “God Save Me, But Don’t Drown Me Out,” a passionate ballad where the singer overcomes all his insecurities and doesn’t let them define him.

The singer breaks our hearts even more with “Love Song,” in which he talks about his perception of love being twisted by his parents’ toxic relationship. The song is said to be inspired by his former girlfriend Halsey, who ultimately showed him what being in love and loving someone should feel like. He mentions in the song, “Nobody taught me how to love myself // So how can I love somebody else? // There ain’t no excuses // I swеar that I’m doing my best”.

The album picks up the pace again with headbangers like “Ice Cream Man —” which has become a favorite at Yungblud’s live shows — the Beastie Boys-sounding track “SuperDeadFriends” and the title track, “Weird!,” as Yungblug juggles themes of drugs, self-expression and truly embracing the weird world that we are living in today.

We’re also met with one more ballad “It’s Quiet in Beverly Hills,” the album’s only acoustic track focused on Hollywood and how sometimes it can be a bit overwhelming. The singer expresses his love for his fanbase in the song with the lyric, “I’ll love you all of my life // Until you close your eyes for good.”

The album closes out in the best way possible with the powerful “Freak Show,” featuring multiple key changes that keep listeners on their toes. The song is full of passion and you can hear that passion through all of the songs on Weird!. The song ends with Yungblud passionately screaming the lyrics, “Times will change // And you might break // But I will spend my life believing in you,” as a message to his listeners to further assure them that they aren’t alone.

This album will have you dancing, headbanging and feeling a wave of different emotions. This album gives anyone feeling like they’re alone a sense of belonging in the weird world in which we live.