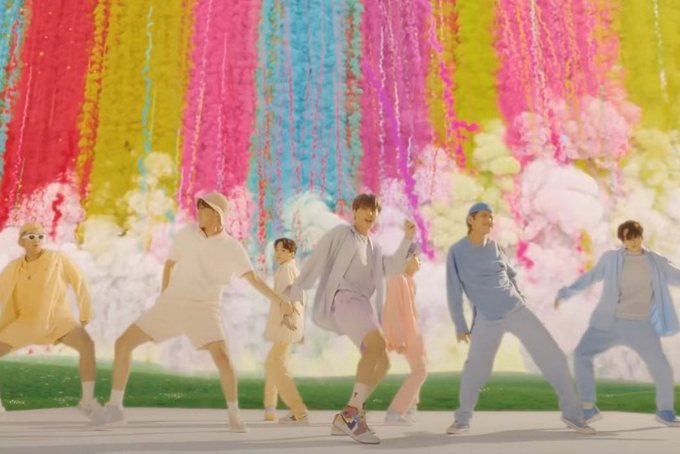 “BTS isn’t just the biggest K-pop act on the charts. They’ve become the biggest band in the world — full stop,” Raisa Bruner wrote in the cover piece. “BTS hits the expected high notes of traditional K-pop: sharp outfits, crisp choreography, and dazzling videos. But they’ve matched that superstar shine with a surprising level of honesty about the hard work that goes into it.”

In the cover story, Bruner discussed the group’s accomplishments, especially achieving the star status they have in the West, in an industry that dismisses K-pop and music from other foreign artists as fads. In response to that, group leader RM stated, “We’re not sure if we’ve actually earned respect. But one thing is for sure is that [people] feel like, OK, this is not just some kind of a syndrome, a phenomenon. These little boys from Korea are doing this.”

The seven members went more into the struggles they have faced over the years, especially as a group that debuted from a smaller company. Reflecting on this year, member J-Hope called 2020 a “roller-coaster” with Jimin adding, “It was a year that we struggled a lot.”

Another big focus of the piece was the boys’ relationship with their global fanbase, the BTS Army. Two fans in the article shared how BTS has brought a new level of representation to the mainstream music industry. The group also discussed their support of causes like Black Lives Matter, which they donated $1 million to earlier this year. “That was not politics. It was related to racism,” eldest member Jin stated. “We believe everyone deserves to be respected. That’s why we made that decision.”

At the end of the day, the members make sure to emphasize that while the attention and accolades they have earned are something to be excited about, their main goal is to be a source of joy for their fans during dark times. J-Hope summarized that sentiment nicely, sharing, “[I] always wanted to become an artist that can provide comfort, relief and positive energy to people. That intent harmonized with the sincerity of our group and led us to who we are today.”