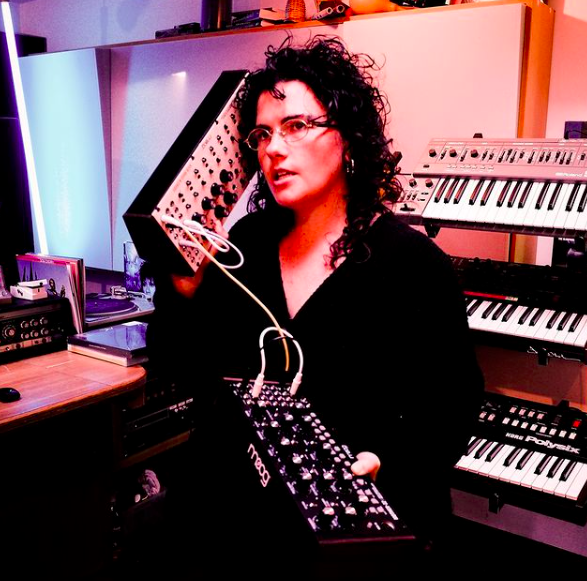 It’s hard to improve on one of the greatest songs ever made, but dance-pop artist Georgia certainly comes close. Earlier this year, she released Seeking Thrills, her sophomore album. She’s finishing out the year with a re-release of the album, complete with remixes and a cover of Kate Bush’s “Running Up That Hill.”

The song was an obvious choice for the singer. She often closes shows with her version of the 1985 hit.

“Closing my live sets with ‘Running Up That Hill’ has been a pure joy, and it sparked the idea to record it. But it didn’t start there,” Georgia said. “Kate Bush has been part of my life and a major influence on my work since I could sing a note. Her music was always played by both my mum and dad, and when I began to understand the way that sound and production worked, I embarked on my own intimate and personal journey with her music. For me, it was more than just a cover, it was emotional, and an experience I’ll always treasure.”

Georgia’s version of the song takes the synths that made Bush’s song so famous and makes them crisper, ratcheting up the tempo and intensity of the song. She keeps the integrity of the original song, while making something that’s undeniably her.

The song came with a music video, a collaboration with Georgia’s brother, dancer Sid Barnes.

“It has always been my dream to somehow find a way to create a dance for a Kate Bush song. This project with my sister, Georgia, came as both a privilege and an exciting challenge!” he said. “The goal was to try and touch upon Kate’s spirit, to try and not just reproduce her as an icon, but rather use dance to find an even deeper connection to her work.”

Check out Georgia’s cover of “Running Up That Hill” (and the rest of Seeking Thrills) here!