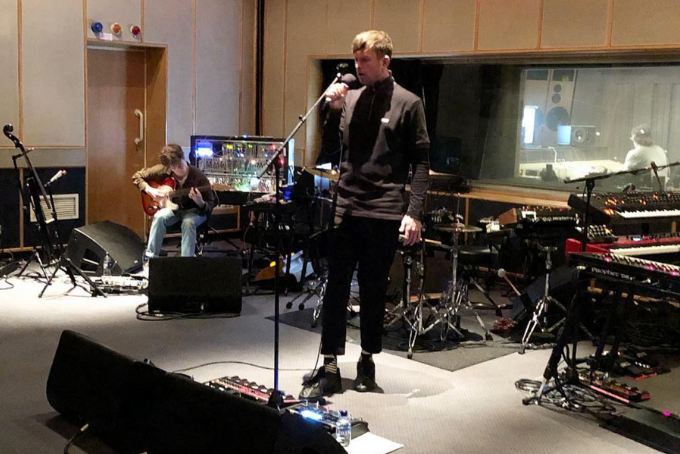 When dealing with covers, we tend to be skeptical. However, James Blake‘s cover album is the sweetest end to a troublesome year. English singer-songwriter and mental health advocate Blake puts his own spin on a few popular tracks, covering greats like Beyonce, Billie Eilish, Frank Ocean, Roberta Flack, Joy Division and Stevie Wonder. He announced via Twitter on Friday, November 20, that the Covers album was in the works and that he “enjoyed” making it!

“It’s been a joy to discover new music and new ways of playing songs I’ve already heard,” Blake said in a press release.

The singer first debuted in 2011, with his self-titled debut album. He is no stranger to immaculate tributes to famous faces in music, covering Joni Mitchell‘s “A Case Of You” on his debut. In the aftermath, he received praise for his style and is known for his intimate retellings of scenarios in his own music. He explores love, identity, crisis and hope in his material. He brought this same energy to this project.

Each song is stripped down and approached in a unique way, making them winners overall. Eilish’s “When the Party’s Over” is a strong start on the album, where Blake channels Eilish’s softness in the lyrics, yet makes it his own. Wonder’s “Never Dreamed You’d Leave In the Summer” is a soft ballad for lovers and idealists that gives it the attention it deserves. The cover of “Godspeed,” Ocean’s ode to hope, was first released in September and makes its mark here on the album. Joy Division’s “Atmosphere” takes us to new heights, while Blake keeps us happily grounded on Roberta Flack’s “The First Time Ever I Saw Your Face.” Queen Bey’s “When We’re Older” is so magnificently demonstrated by Blake that you can’t help by smile.

Blake explained to Complex his high hopes for a new wave of music among trailblazers in the industry. “Artists—just like everyone else have had a lot of time to worry, but also to reevaluate. And I think it’s going to lead to some kind of creative boon, and I welcome that. For me it has. Next year seems like a better year to drop a project like that.”

Take a listen here, and prepare to be amazed!