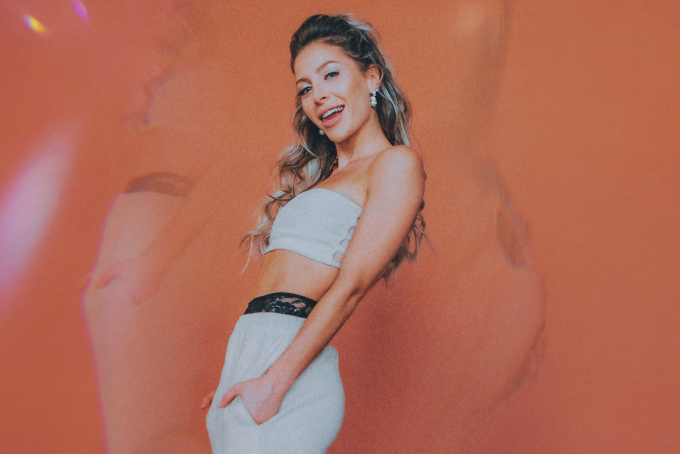 Canadian rising star Delaney Jane capped off her busy 2020 with the drop of her first long form release since her debut album, titled Somewhere Else. Having sprinkled singles throughout summer and fall, the 6 track EP features two previously unheard tracks, including one with fellow Toronto based singer Virginia To Vegas.

In a press release, Jane, 27, said of the EP, “I wanted to give [fans] music they could dance to and feel a little lighter listening to. With so much darkness shadowed across the world right now, the least I could do was bring in a little light. “Somewhere Else” is my gift to 2020 and everyone enduring it.”

Diving in to breakups and romantic aftermath, Jane leads things off with the title track, which divulges her intuition and wanting to get out of the city and her own mind, hoping to escape reality. Tight dance-y production and a strong vocal performance from Jane will undoubtedly land “Somewhere Else” on cardio playlists.

Up next, “Want You Now” slows things down with a bassline driven ballad-esque vibe. Singing of life on tour, Delaney struggles with being apart from her partner. Branding herself as “perfectly impatient,” she paints a picture of the loneliness of being on the road despite always being surrounded by people. She lustfully looks back on times gone by when they weren’t apart.

Down the stretch we have “Just As Much” which features the aforementioned platinum seller Virginia To Vegas. It’s the strongest track on the EP is hard proof the new era of Delaney Jane is here. Singing of a break up and hating the person thereafter, complemented by Virginia’s soothing tones, Delaney’s vocal shows growth from her album. Catchy songs that jog memories in listeners’ lives of warm summery nights fun times with romantic partners.