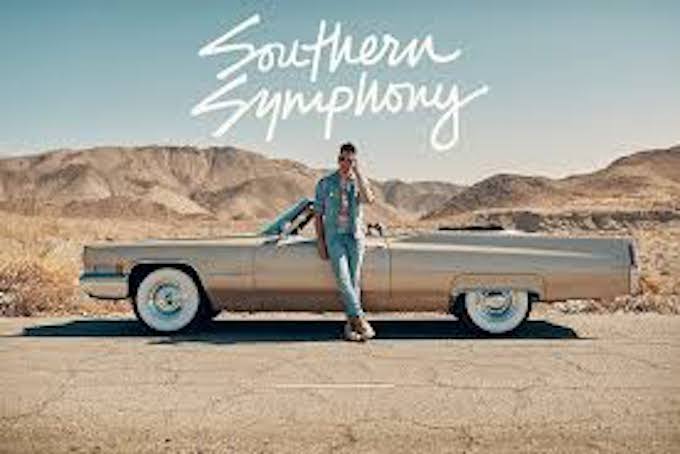 What a year it has been, especially for Russell Dickerson. From welcoming a new baby into the world with his wife to now releasing his second album, Southern Symphony, his world has been changed and definitely for the better!

Southern Symphony has been teased all year as #RD2 and Dickerson finally gave it a name with the release of a couple of the singles off the album that released early. With the first couple tracks being “Some Things Never Get Old,” “Home Sweet” and “Love You Like I Used To” fans have been anxiously waiting for the release of the album, and we can’t blame them!

Southern Symphony is everything that we wanted and more as Russell Dickerson fans. Russell Dickerson is well known for the songs that he writes about his wife, Kailey, and we only wish that we could have someone write songs about us like that. The 10-track album is full of passion and you can definitely tell that Dickerson put his whole heart into this album. This work fully embodies all that he stands for and all that he is, and we could not be more appreciative for his talent.

There are two songs post-release that fans are loving, “Honey” and “It’s About Time (feat. Florida Georgia Line).” “Honey” is no surprise about Dickerson’s wife Kailey. Throughout the song he sings about how she loves him and compares her love to sweet honey! It is upbeat and catchy which is why fans are loving it!

“It’s About Time” featuring Florida Georgia Line is a perfect blend of their two styles, creating a fun atmosphere no matter where you listen to it. The song features styles of Country-Rap and Modern Country, which adds to the fun, and it is definitely all about having a good time, which it definitely is about time for a good time!

Southern Symphony is definitely Dickerson’s greatest work yet and the inspiration of the album can be felt through every single song. Make sure you check it out wherever you listen to music!