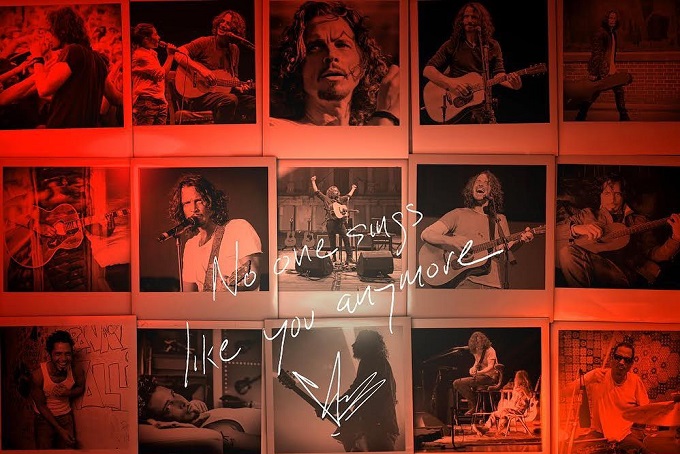 Last Friday, the posthumous album by Chris Cornell, No One Sings Like You Anymore, hit streaming services. The record is a collection of 10 cover songs, which, according to a press release, Cornell himself “selected and sequenced to celebrate artists and songs that inspired him.” Recorded in 2016, the album tracklist features Cornell’s renditions of songs by Janis Joplin, Guns N’ Roses, Prince, John Lennon, among others.

Cornell’s raspy and unmistakable voice truly can make any song better, and his performances in No One Sings Like You Anymore show his innate talent. Cornell’s abilities shine throughout his cover of Harry Nilsson’s “Jump into the Fire,” and it turned out better than the original. Another song in which Cornell radiates his energy in “Nothing Compares 2 U,” written by Prince and popularized by Sinéad O’Connor.

In “You Don’t Know Nothing About Love,” originally by Carl Hall, Chris pours his heart and soul into the performance, making listeners feel nostalgic for Cornell. Moreover, Cornell’s cover of Electric Light Orchestra’s “Showdown” could make anyone believe that it is an original Cornell tune because it fits the singer’s style extremely well and it feels like the track was made for him.

Undoubtedly, the highlight of the album is “Patience,” originally by Guns N’ Roses, which came out back in July to celebrate what would have been Cornell’s 56th birthday. The song not only captures the musician’s feelings perfectly but also transmits those feelings to the listeners, and it is almost impossible not to shed a tear when listening to it.

Altogether, No One Sings Like You Anymore is a great album, and it showcases Cornell’s love for music. Surely, long-time fans will enjoy the record a lot since it gives us more of the artist’s work, and it helps us to keep alive in our memories.

Vicky Cornell, Cornell’s widow, said in a statement that the release of the album is “bittersweet because he should be here doing it himself, but it is with both heartache and joy that we share this special album. All of us could use his voice to help heal and lift us this year, especially during the holiday season. I am so proud of him and this stunning record, which to me illustrates why he will always be beloved, honored, and one the greatest voices of our time.”

You can listen to No One Sings Like You Anymore on Spotify and Apple Music, and you can also watch the visualizer for Cornell’s cover of Guns N’ Roses’ “Patience” below.