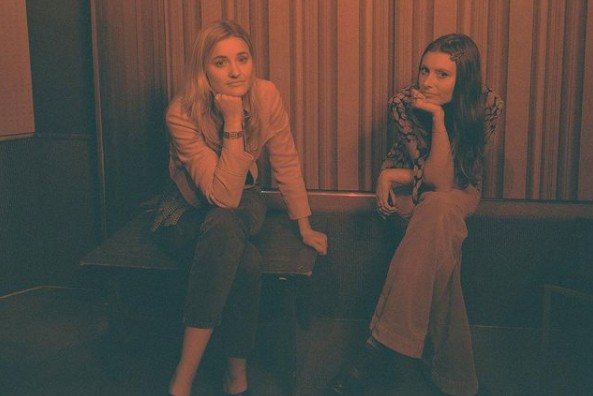 To end 2020, sister duo Aly & AJ have given fans a long awaited treat that they’ve been requesting for over 13 years. They have re-recorded the smash hit from their Disney channel days, “Potential Breakup Song,” but with a little more angst. For so many, this girl power anthem has always felt like there was something missing, and that was more mature language. Many have joked on Twitter throughout the years that it’s clear in the way the original version is sung that the Aly & AJ might chosen to use this language all along, if they weren’t a Disney act at the time.

When “Potential Breakup Song” originally dropped, Aly was 18, AJ was only 16, and the girls were still signed with Disney. Aly was known for her role on hit Disney Channel show, “Phil of the Future” and they had just dropped their biggest album to date, Insomniatic. There has always been speculation about which lousy boyfriend “Potential Breakup Song” is about, including Joe Jonas , but that has recently been debunked by the duo.

The re-recorded version is the same at its core. Fans were excited to hear that Aly & AJ kept the smallest of details, like the exact same ad-libs throughout the last chorus. The production is the same, but is clearly updated to today’s standards and sounds clearer than ever. But, in specific lines that felt restricted in the “good girl” original version, they have added words that deliver an extra punch.

The subject of the song is notorious for forgetting to call on his girlfriend’s birthday, so the ladies added “It took too long for you to call back // and normally I would just forget that // except for the fact it was my birthday, my fucking birthday.” Other modified lines include, “Do you get that? Let me repeat that, I want my shit back” and “So you better think clearly, clearly before you nearly, nearly, fuck up a situation that you’re gonna miss dearly dearly, c’mon.”

Listeners received this update with open arms, embracing a song many have loved since they were a child that now fits a more adult perspective. The song hit number one on the iTunes charts, setting a record for the sister duo. This is an extremely smart release, because it engages with the nostalgia of old fans ahead of their upcoming album release in May.

Now that Aly & AJ have delivered something so fun and highly requested, fans and artists are coming up with more ideas for some updates. Other artists have been inspired, such as Australian sister duo, The Veronicas, have tweeted about updating their biggest hit, saying “Guys should we release an explicit version of Untouched called Unfucked?” Aly & AJ have even joked about other loved songs from their Disney days, tweeting “Do we make a “Like Whoa (Explicit Version)” now? Jkjkjkjk.”Additionally, fans have started speculating that “Like Whoa” might’ve been a more mature song all along as well. But this was debunked in a playful way by the band on Twitter with their response,“It most definitely was not…but can apply to this theory.”

Adding curse words to a song that defined a generation of kids that are now adults seems to be something that is fun for the musician and the fans. We wonder if any other ex-Disney acts will follow suit with their big hits, such as Miley Cyrus, Selena Gomez, or Demi Lovato. It’s crazy to think that up until recently, Aly & AJ didn’t love performing their big hit from Disney, instead focusing on promoting their current music (which we highly recommend you check out, too.) But, it’s proven again that playing with nostalgia is fun for everyone and has clearly gotten fans excited about the sister group’s future releases.