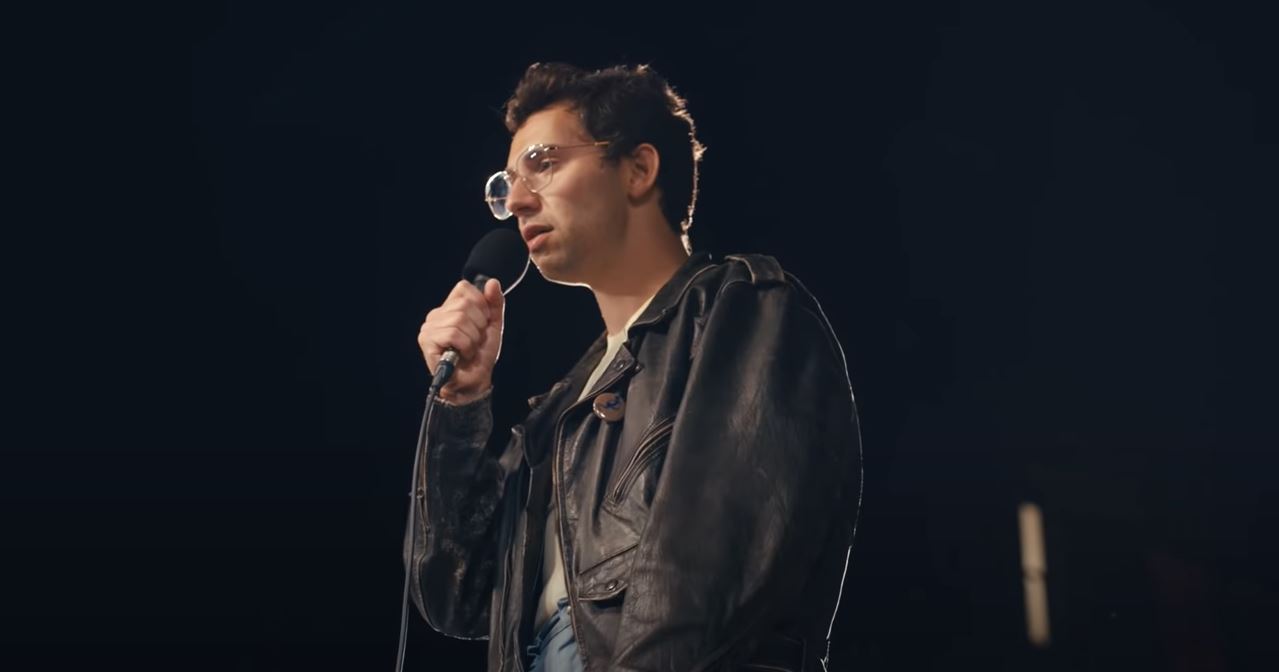 A little over 35 years ago,The Waterboys delivered a spectacle of a song: “The Whole of the Moon.” It had everything 1980s music fans could’ve ever wanted: Masterful piano, spirited saxophone, excellent violin and transcendent vocals. Singer Mike Scott — not to be confused with the now-infamous “The Office” manager — and his band transported listeners to another world with their song, which was perfect given its subject matter. It’s a rousing love story about a girl who dreams and approaches life with a “too high, too far and too soon” attitude and the man who tries — and fails — to keep up with her.

It’s surprising that The Waterboys aren’t a household name, especially when you consider how magnificent this particular song of theirs is, but it’s comforting to know they’re appreciated by some of today’s music aficionados, including singer/songwriter Jack Antonoff. This admiration is clearly profound, given that his band Bleachers recently recorded their own take on “The Whole of the Moon.” Recorded live at Electric Lady Studios in New York City, Bleachers’ cover is an impressive homage to the original that’s also spectacular in its own way.

In Bleachers’ video, Antonoff performs solo on a raised stage surrounded by a full band. He grabs the corded, soft round-tipped microphone and dives right into the Waterboys’ track. At first, his performance feels a bit reminiscent of that scene in “500 Days of Summer” — you know, the one where Tom drunkenly sings The Pixies after his heart’s been torn open — but as the song continues, it crescendos to a truly exciting place. Given that this is a live cover, it’s understandable for it to feel a bit like karaoke; however, Antonoff and company don’t allow the song to stay in the taproom crooning lane. With their impressive instrumentals and infectious energy, the Bleachers manage to do justice to the original recording and compensate for the lackluster-at-times singing.

To be fair, lackluster probably isn’t the perfect adjective for Antonoff’s singing. He’s made a name for himself with his particular performance style: deep and monotone vocalizations that are tantalizing and engrossing. The reason why his singing feels lackluster here is simply because of how spirited it gets as the song forges on. By the three-minute marker, Antonoff’s singing his heart out and his band’s in full swing, which makes everything we hear up until this point feel inherently inadequate by comparison.

However, each moment of the Bleachers’ “The Whole of the Moon” cover has its own merits. Where The Waterboys give us an exciting song about a passionate love affair, Bleachers give us a tune that affords us a moment to cry and reflect on a love lost. Each rendition of the track is wildly impressive and, although we’ve never claimed to be fortune tellers, will probably stand the test of time as new music lovers discover them.

It’s worth mentioning each of the bands’ music videos, again. In The Waterboys’ video, singer Scott has larger-than-life hair and is wearing an impeccable blue blazer adorned with an impossible-to-miss anchor pin. He looks insanely stylish and hip. In the Bleachers’ cover video, Antonoff embodies Scott’s vibe in a way that’s entirely his own. Sporting his signature look — light-wash jeans and a random T-shirt layered with a tailored leather jacket — he’s undeniably chic in a way that’s both cool now and will likely be seen as such by viewers decades from now, too. He’s an incredibly talented musician with undeniably good taste, so it’s no surprise why his band decided to cover such a great song.

Taking on “The Whole of the Moon” isn’t a short order, though, given that it’s just so damn spectacular; however, the Bleachers prove that they’re more than up to the task. Without a doubt, this cover will make you smile, reflect on your feelings and appreciate the New Jersey band in a whole new way.