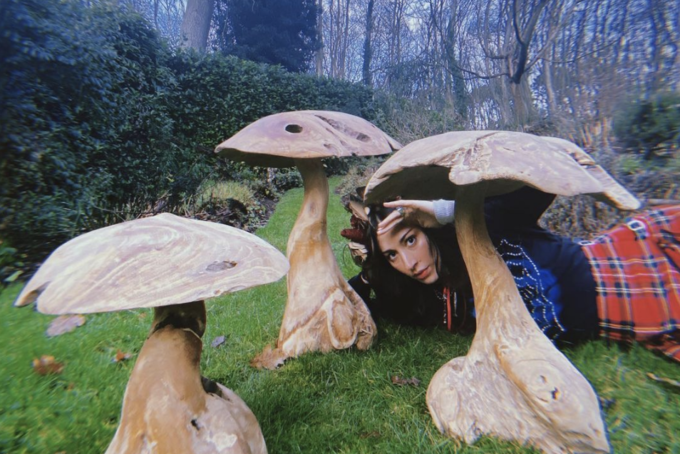 Caroline Polachek has released a stunning cover of 2000’s smash hit “Breathless,” and we cannot get enough. This is one of those classic songs that has matured like fine wine, and yet, Polachek and her producing partner Danny L. Harle have managed to re-work it into something even better.

“Breathless” has been released as a prelude to Spring 2021’s Standing At The Gate: Remix Collection, which will feature reworks of other songs from her critically acclaimed LP, “Pang.” This album will also include a remix of “Hit Me Where It Hurts” featuring Deftones’ Chino Moreno, which is sheer and utter perfection. All this to say, we are absolutely stoked for this collection.

Speaking of hugely influential 2000s music (we’re looking at you, Chino!), we are not one bit surprised that Polachek chose this song to feature on this upcoming album. It’s the perfect vanilla frosting on top of this funfetti cake–and let me tell you why. This era of Polachek’s career was borne by a musical movement that ultimately has its roots in 2000s pop, as well as many other more experimental influences. Overall, the best way to classify the music she makes may be “art pop” or “electronica” if you’re basing it purely on sound. However, music has a history.

Polachek has worked with producer (and certified musical genius) Harle from before she was even into her “Pang” era. Incidentally, Harle is hugely influential in a very niche and experimental underground music scene called “PC Music.” PC Music is the label-turned-movement behind much of today’s best pop music. Ever heard of Dorian Electra? Kim Petras? Charli XCX? And yes, Caroline Polachek too. They are all making the music they’re making now because of people like A.G. Cook, Hannah Diamond, and Harle, who are largely responsible for the signature 2000s-bubblegum-pop-mutated-and-amped-x-1000 sound.

Since the 2020s started, PC Music came into vogue and morphed a bit in sound, ushering in the new era of what’s known as “Hyperpop.” Ever heard how fashion and music trends are recycled every 20 years? Well, this is a prime example of that. PC Music has been around for years, but we weren’t ready for its 2000’s nostalgia until now.

THIS is why “Breathless” is the most 2020s song yet; Hyperpop is the genre of the decade and Polachek is taking that sound, making it hers with some maturity, and throwing it back to its origins with a song from the original era. It’s the perfect understatement to bolster this new musical age.