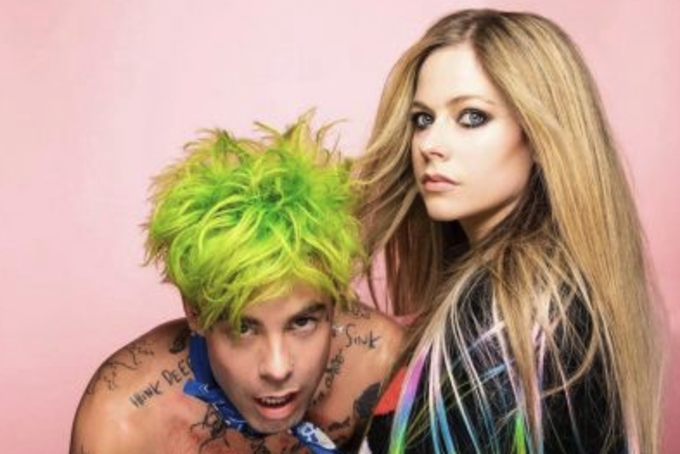 MOD SUN teams up with the iconic Avril Lavigne for his new pop rock single “Flames.” The surprising but extremely satisfying collaboration is a single off of his upcoming album. The album, which was also co-written and produced by John Feldmann, is expected to be a major flip into the punk-rock direction based on previous singles “Karma” and “Bones.”

The song starts off with Lavigne singing “I still burn for you // like the sun burns in the sky” over a simple piano. The song quickly gets a more pop-rock feel when MOD SUN comes in, singing “Up in flames // Up in flames // Light a match and put it to my name.” The song continues to build, with the both of them singing together about lost love that’s just too addictive. “I’m so strung out on you, I might relapse (I might relapse) // I’m dyin’ for a taste, please God don’t let this last (Plеase God don’t let this last)” they sing back and forth to each other. The song gives a nostalgic feel that would be much appreciated by former emo kids, while also serving a new-age hip-hop undertone that makes it perfect for millenials and zoomers alike.

Lavigne teased the collaboration when she posted a photo in the studio alongside MOD SUN and other rapper turned pop punk kid Machine Gun Kelly on Instagram in late December.