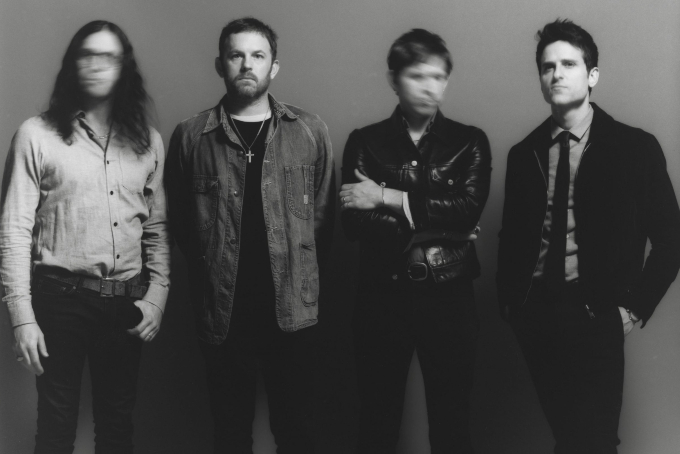 Grammy award-winning Nashville rockers Kings of Leon are back priming for the release of their eighth studio album, which is due out March 5. When You See Yourself will be the band’s first long-form release in over four years. Teeing up the album, the Kings dropped two singles on January 7, “The Bandit” and “100,000 People.”

Throughout December 2020, before the release of the singles was announced, the band shared teasers of multiple songs that will appear on the project on social media.

“The Bandit,” which will serve as the second track on When You See Yourself, features indiscernible lyrics shrouded by a driving baseline, accentuated by frantic, catchy guitar. Similar to “Supersoaker” off their 2013 album, Mechanical Bull, a frantic pace is established off the first note, with gain on the recorded instruments slightly higher than the vocal. An interesting play that adds to the intensity of the breakneck track — a nice touch that works somehow. Frontman and middle Followill brother Caleb details a pursuit, singing “Two hundred miles to clear // Chasing a sound I hear // When the call brings them all to tears // And the hopes they all turn to fears.”

“100,000 People,” on the other hand, goes the ballad route. Starting out like the score of an early 2000s young adult film, the track is a steady, albeit slow, boil. Slow, ambient pop vibes accompanied by vague words make for an odd choice for a promotional single. It has all the makings of a mid-tracklist filler song.

The album title is an interesting topic in that it very much appears self-reflective of the band’s tumultuous period after their hit fourth record, 2008’s Only By The Night. The record shot the band to the top of charts around the globe, bolstered by platinum-selling singles “Sex On Fire” and “Use Somebody.” The album saw tremendous commercial success, exulting Kings of Leon to ‘biggest band in the world’ status for a time. But as often occurs with bands who change things up after building a fan base, the calculation and intentionality of bringing in new fans often rubs the old fans the wrong way.

Amid calls that the Kings had sold out from their sound and style that had gained a moderate following through the early years of the band, they essentially began to implode. Thereafter, they ultimately ended up canceling the remainder of the world tour in support of Only By The Night, after a disastrous show in Dallas in 2010, which featured aforementioned frontman Caleb leaving the stage feeling stomach sick. He didn’t come back. Bassist Jared Followill tweeted after the gig, “There are problems in our band bigger than not drinking enough Gatorade.”

The reflection alluded to in the album title is proof the Kings’ diagnosed that the old fans didn’t all dig the new direction the band took through albums four through seven. The attempts to counter the success of Only By The Night put strain on the band and their creative process. Speaking to NME, guitarist Matthew Followill said of their post-Only By The Night releases, “…we floated through a few albums.” By the early sounds coming from When You See Yourself, it is apparent Kings of Leon did not float through this record.