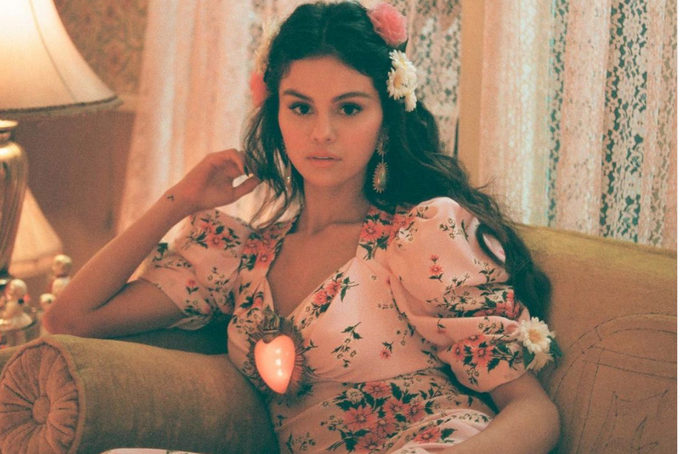 Many pop stars have diversified their sound — some have done so to achieve a new level of artistic fulfillment and others as a quick cash grab. As far Selena Gomezgoes, she has toed the line between commercial success and artistic growth well in her solo work, slipping away from the sexy, mature pop sound of 2015s Revival, to drop arguably her most experimental work in the time between with “Bad Liar” and “Fetish,” before returning to that same mature pop sound for the catharsis of 2020’s Rare. Gomez has been smart in her evolution, never pulling a full 180, ensuring she kept her audience interested by slowly developing her sound while achieving that same artistic growth she craved. With her latest single, “De Una Vez,” Gomez takes a big step in her evolution, but it is one that feels incredibly natural.

Gomez has always proudly worn her heritage on her sleeve, even being named after Selena Quintanilla. That’s why the release of her latest single, “De Una Vez,” feels so organic. Though not her first Spanish language track, “De Una Vez” marks an important step for her, as she readies herself for the release of a full-length Spanish project, and forays further into exploring her heritage musically.

Despite being one of her first major Spanish efforts, Gomez manages to maintain the essence of what has made her music so successful in the transition. “De Una Vez” is a gorgeous rhythmic, urban-pop track that details Gomez’s healing and emotional growth. The song is warm and emotive, full of the trademark vulnerability that has always distinguished Gomez from some of her peers. It’s a testament to Gomez, that despite the change in language, “De Una Vez” packs the same emotional weight as her chart-topping ballad “Lose You To Love Me.”

Gomez sounds wonderful here, which she noted herself in an interview with E! Online, stating, “You know what’s funny, is I actually think I sing better in Spanish.” Her voice does sound stronger here, more so than it ever has before, soaring with a breathy comfort that she’s never truly managed on her English language releases. Though the emotion resonates through language, the lyrical content is gorgeous and some of her finest to date. “I know the time by your side cut my wings // But now this chest is bulletproof,” she croons.

The track’s music video is also gorgeous, expanding the track’s message of recovery and feeling powerful alone. The video, directed by Los Pérez, shows Gomez moving through a house with visual metaphors and references detailing her growth as well the influences for the project.

Ultimately, “De Una Vez” feels like a perfect evolution for Selena Gomez, managing to capture all of her unique brilliance while expanding her sound, influences and incorporating her rich heritage.