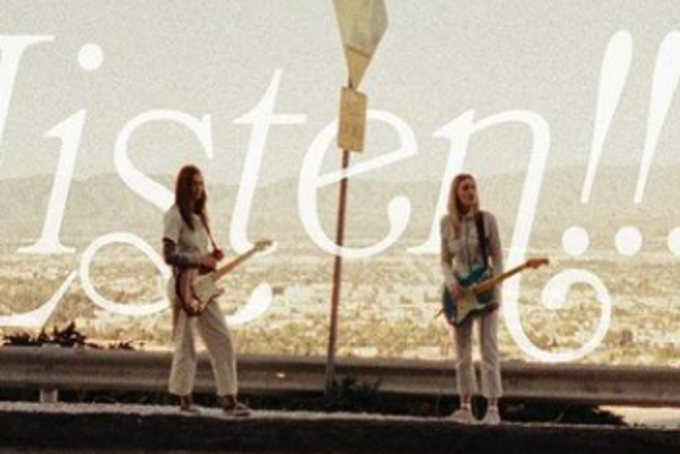 Aly & AJ have released another song from their upcoming album, following the massive release of their re-recorded “Potential Breakup Song (Explicit).” Although fans are still without an album title and a release date, the girls have released two tracks to give them a taste of what to expect. The first release off of the album, “Slow Dancing” is a dreamy quarantine love song while the most recent release, “Listen!!!” is quite the opposite.

After drawing attention from new and old fans with the release of their explicit re-recording of a song from their Disney days, Aly & AJ have continued down the route of nostalgia with “Listen!!!” The track is sonically and lyrically reminiscent of their classic hits like “Chemicals React” and “Rush.” The production feels vintage but fresh and the lyrics touch on feeling taken for granted in a relationship. Although the track is about not feeling listened to or respected, the overall tone is empowering, with lyrics like “I might be lost but I know my way out.”

“Listen!!!” starts with an intro of 80’s synths that fade into a steady rock beat. Aly & AJ’s vocals feel a little distant, aiding the tone of feeling unheard. Although this track is sonically different from the lead single, “Slow Dancing,” there is a thread of cohesion between the two sounds. In a recent interview, the sister duo called their upcoming record “self-reflective” which definitely shows in the first two releases, “Listen!!!” especially.

This track feels very defining for Aly & AJ, as it combines signature sounds from their earliest work and their recent dreamy synth comeback catalogue. The cover art and photoshoot for the track reflect this with classic Los Angeles rockstar imagery and an early 2000’s light grunge look. Unlike many ex-Disney acts, Aly & AJ don’t shy away from incorporating aspects of their younger selves into their music, look, and brand in 2021. After experiencing “Listen!!!”, it seems like we’re in for a treat with their first record in over a decade. The music is gorgeous, unique, and touches on that nostalgia which connects us all.