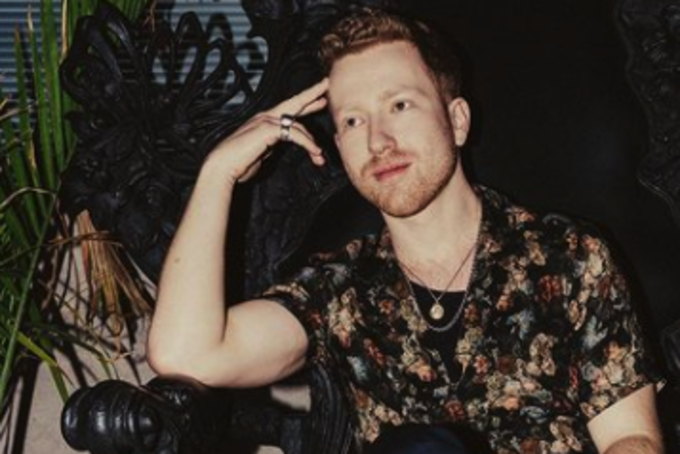 JP Saxe teamed up with country-pop songstress Maren Morris for new introspective and emotional single “Line By Line.” The song (and accompanying music video) was released on January 13 and is set to be on Saxe’s highly anticipated forthcoming album. According to Saxe, the song is “what happens when songwriters write songs about loving other songwriters.” The song was co-written with Morris, as well as Ryan Marrone and Jimmy Robbins in Nashville.

The song starts off with Saxe singing over a simple acoustic guitar. “There are things that I sing that I’d never have the confidence to say // There are things I believe that I only figure out when I sit down to play // The truth don’t scare me in a melody, immortalizing my sincerity,” he sings. These lyrics are pretty straight forward, giving us some insight into a common trait amongst creatives being able to easily express themselves in their art while struggling to do so in regular conversation.

Maren joins him in the pre-chorus, singing “Like that song about my parents that I’ll never show ’em // And the ones about my exes that they don’t deserve // When it comes to you, I’m still trying to find the words.” Despite usually being able to express themselves through song, they struggle to put their love for their muses into words. Saxe is currently dating fellow songwriter Julia Michaels, while Maren is married to country singer-songwriter Ryan Hurd.

“Love too big for a love song // If I tried to sum it up I know I’d get it wrong // Sometimes if it don’t sound right // I apologize, I just said it ’cause it rhymed // Four chords, three minutes, you never fit in it // So I just take you line by line // I’ll be writing about you for the rest of my life,” they continue in the chorus, doubling down on the fact that their love for their significant others is too strong to put into one simple love song. It’s just too sweet.

According to Saxe, “As songwriters, we spend a lot of our lives trying to bottle up a feeling into a song, and often, the biggest feelings, the best ones… the complicated, detailed, messy, incredible ones… just aren’t going to fit. Line By Line is our recognition of that… of how one song just isn’t enough to capture it all, but how we’re just going to keep writing, futilely and lovingly, anyway.” Check out “Line By Line” here: