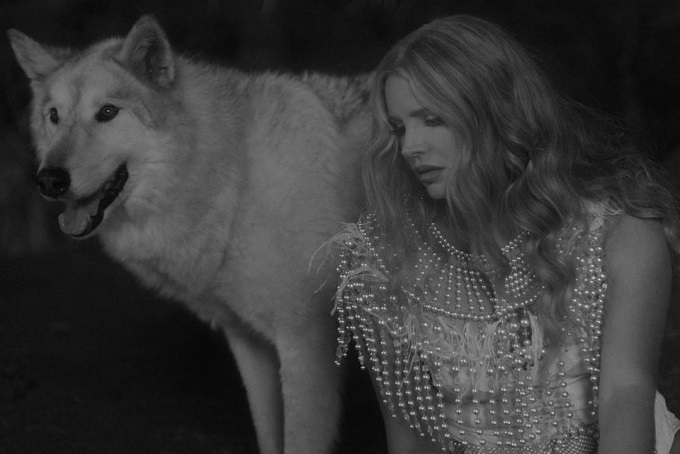 On January 11, Lana Del Rey released a music video for her single “Chemtrails Over The Country Club,” the title track off her upcoming album by the same name. One day before the release, Lana revealed the tracklist for the album, which consists of 11 songs and comes out on March 19. “Chemtrails Over The Country Club” is the second single off this album, following the lead single “Let Me Love You Like a Woman,” which was released in October 2020.

Overall, “Chemtrails Over The Country Club” is another typical Lana Del Rey love song. The video showcases her usual high-class aesthetic, and although the song is not outstanding whatsoever, it is definitely an improvement after “Let Me Love You Like a Woman.” The track’s production is arguably the best part of it. Long-time collaborator and producer Jack Antonoff brings his production to the max and adds points to the song.

Although in this track Del Rey tries to convey a deep message of finding a balance between seeking comfort and taking risks, it falls short of the brilliant work the singer has done in her previous albums. We might never get tracks as intense as “Ride,” “Video Games” or “Born to Die” again.

Lana Del Rey’s critically acclaimed 2019 album, Norman F**king Rockwell!, was on Metacritic’s first spot in the best albums of 2019 list. Also, Rolling Stone placed it on the #321 spot of their 500 Greatest Albums of All Time list.

Definitely, after the great success that NFR! brought to the singer, the pressure to put out an even more remarkable album falls on her shoulders.

So far, the two Chemtrails Over The Country Club singles have not done justice to Lana’s well-known lyrics and poetry. She is a talented musician, but if these singles are any indication of what the album is going to be, it would be safe to say that Lana Del Rey’s glory days are well past her.

You can listen to and watch the music video for “Chemtrails Over The Country Club” below, and you can stream the track on Spotify and Apple Music.

One thought on “Lana Del Rey’s Glory Days Are Over”