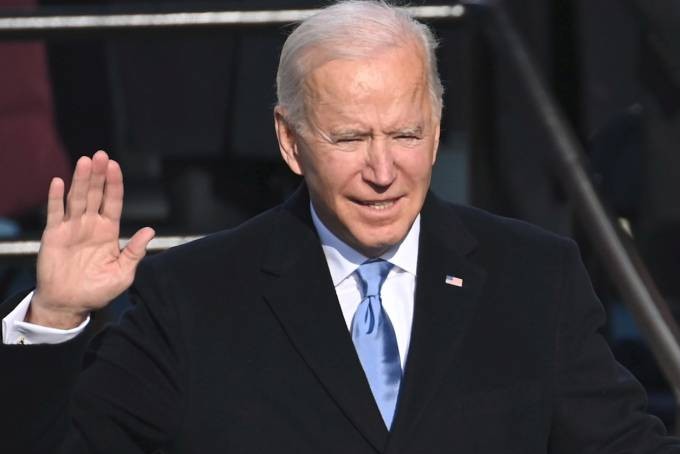 Since 1937, the Presidents of the United States, returning or newly elected, have been sworn into office at 12 p.m. EST on the 20th day of the first month of the following year, 79 days after election day. It’s a celebratory day for Americans, headlined by nationally televised musical performances to go along with the official proceedings.

For reasons that I need not explain, let’s just say the incoming transition team had a very small pool of artists who would agree to play at the 2017 edition of the ceremony, for the 45th US President’s inaugural. They landed on Toby Keith and 3 Doors Down, and both acts took major hits in public perception as a result.

The 2021 occasion, inaugurating Vice Presidential alumni Joseph R. Biden Jr. as the 46th President of the United States, the talent booking process for the concert portion of the show, at least from the outside, appeared fairly painless.

Kicking off the main ceremony was 11-time Grammy award winner Lady Gaga performing “Star Spangled Banner.” The pick came as no large surprise as she spoke out early and often in support of Joe Biden throughout the 2020 Presidential campaign. Accompanied by the United States Marine Band, her rendition ran 1:51, shaving considerable time off from the length of her 2016 Super Bowl anthem performance, which ran well over two minutes. This wasn’t Gaga’s first time on stage with now President Biden, with the then Vice President having introduced the singer at the 88th Academy Awards in 2016.

Jennifer Lopez was up next after the swearing-in of Vice President Kamala Harris, singing a jazzy version of noted American folk song “The Land Is Your Land.” With flare fit for an arena show, Lopez showed off considerable vocal pitch control, fluttering between octaves.

After President Biden addressed the nation, country star Garth Brooks, dressed in jeans and an above-average sized belt buckle, accompanied by a trumpeter, sang a wholesome, prayerful rendition of “Amazing Grace.” Brooks encouraged Americans to unite in song from wherever they were, and to sing the final verse with him — a nice touch.

After the new President and Vice President took care of their official duties in the afternoon, the party returned to the National Mall in the evening for a night of speeches and song. The 90-minute primetime broadcast hosted by Tom Hanks, dubbed Celebrating America, featured live and pre-recorded performance by artists who have won a combined 53 Grammy awards.

Leading off the evening session was Bruce Springsteen, unaccompanied, in similar fashion to his Broadway show. After offering a prayer to Americans, the spry 71-year-old provided a fine start to the show, belting out his 1999 track, “Land of Hope and Dreams.” The boss, whose wholesome, comforting voice was as patriotic as ever, gracefully straddled his guitar in front of a crowd of none, undaunted by the lack of fan reaction he would be accustomed to for the last 50 years of performing. Springsteen was likely picked by President Biden for his support over the years even having done voiceover on a campaign ad for the candidate.

Next up was rocker Jon Bon Jovi, who performed a whimsical cover of The Beatles‘ “Here Comes The Sun,” pre-recorded on a scenic ocean pier in Florida. The selection is a nice symbolic reminder that better days are ahead for the USA. As the song drew its final lines, the sun appeared behind their ocean pier stage — a fitting touch.

Ant Clemons and Justin Timberlake kept the positive mood going with “Better Days,” a soulful gospel-esque tune that the pair released together a month after election day 2020. The jovial track has been streamed over 4 million times. The pair start inside, with a full band, then shift outside to a street where they are met by a choir who encircles them and helps them take the song home.

Foo Fighters were introduced by a teacher who is famous on TikTok, so Dave Grohl dedicated their performance of “Times Like These” to all teachers around the world who are adapting and making the best of this pandemic-hindered school year. The performance put on display Foo Fighters’ control and command of their live shows, bringing the viewer in with a slow, peaceful start, building slowly into a full-on rock anthem.

John Legend kept the theme of moving on and looking forward to a bright future, singing of “a new dawn, a new day, a new life” in Nina Simone‘s “Feeling Good.” A loud Biden supporter, it’s no shocker to hear that Legend is feeling good.

Tim McGraw and Tyler Hubbard checked in from Nashville, Tennessee, and Hubbard divulged he was a survivor of COVID-19. Hubbard, the lead singer of country band Florida Georgia Line, wrote the song while in quarantine with the coronavirus. They sang the collaboration, titled “Undivided,” live for the first time. The track harps on the idea that America stands together as one, “undivided” by its differences.

Demi Lovato sang from Los Angeles, went slightly off theme, performing “Lovely Day” by the late soul legend Bill Withers. The performance was inter-cut with Americans singing along with Lovato. One cutaway included a shot of President Biden and his family watching Celebrating America from inside the White House.

Katy Perry rounded out the night with her smash record “Firework”, which of course, was complemented by fireworks — very clever on the part of the TV event’s producers, and a nice way to end this on this special day.

The evening went off without a hitch from a production standpoint and was the perfect introduction for the new administration.