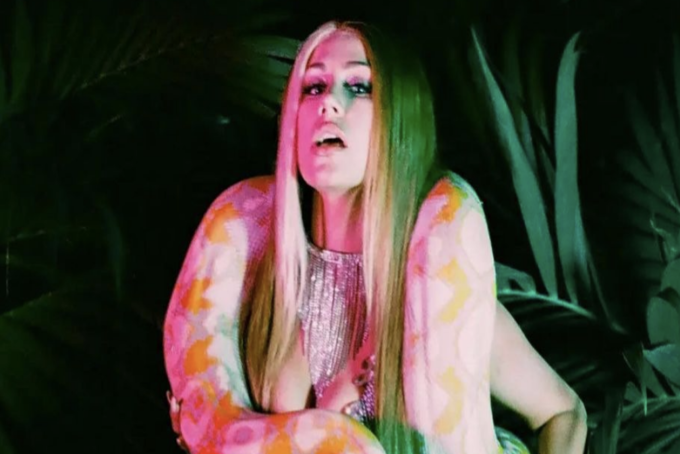 Pop Princess Slayyyter has just announced her debut album, Troubled Paradise with the release of a dance-pop single of the same name. The album release date is set for June 11, 2021, and we expect the project will rework her image in new and exciting ways (“May I interest you in some electro-country?” -Slayyyter probably, circa 2020). The St. Louis native has expressed that her new album will be less sexual in nature than her previous work, with themes of depression, heartbreak, and love.

Whereas her previous releases took inspiration from artists like Lady Gaga and Britney Spears, Troubled Paradise is an ode to the more alternative main girls of pop, like Gwen Stefani and Fergie. Slayyyter continues channeling the energy of Y2K Powerhouses while evolving and growing as an artist.

Laden with fluttery arpeggios and powerful stab chords, Slayyyter has crafted a true 80s dance-pop hit, with synthpop and house elements to boot; her signature sticky sweet vocals are just the cherry on top of this dark neon cake. As she brings this dreamscape to life through the music, her lyrics strike a resonant chord for listeners, like lightning to the heart.

The music video for the song is her first big project of this kind, directed by the legendary Munachi Osegbu, and it does not disappoint. Let me just say, we think the vision was executed perfectly. If you could have an AI generate a music video for a song based only on the song itself, this is what the AI would have come up with, except somehow the real version is even more perfect? It’s so Slayyyter, it’s so “Troubled Paradise,” it’s all we could ever ask for! Catsuit, choreo in the tropical Garden of Eden? What more could we want?

In any case, we are dying for the full release. All we want for Christmas-in-June is more Slayyyter that has us crying in the club.