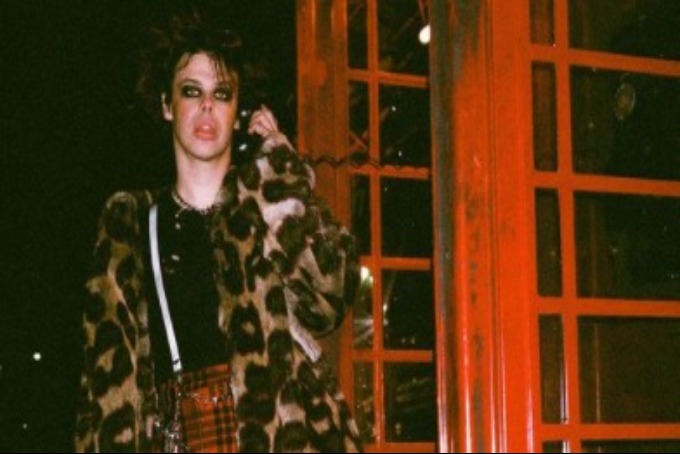 Yungblud and Machine Gun Kelly finally shared the music video for their most recent collaboration “acting like that.” The song that was featured on Yungblud’s latest album Weird! also features Blink-182’s Travis Barker who is a frequent collaborator of MGK.

The video begins with Yungblud, also known as Dom Harrison stumbling off a double decker party bus to a nearby vintage red phone box. He calls up MGK who is laid out on the hood of his car as they both recall having a mad couple of days. MGK quickly cuts off the call when zombies begin to appear, a confused Harrison initially thinks his friend was being rude but quickly comes to notice the apocalypse happening around him.

We then see MGK and and Barker rocking out while a herd of zombies watch from behind a fence and Yungblud Performs on top of the double decker bus. No longer seeming to be concerned about the zombie infested world around them, Yungblud, MGK, and Barker put on the most epic apocalypse concert ever for their undead audiences. By the end of the video Harrison gets so lost in the apocalyptic fun he eventually becomes a zombie himself, stumbling back to the same phone booth to possibly give his friend MGK another call.

One thing we know for sure after seeing this video is that if by any chance there is a zombie apocalypse one day, we need Yungblud, Machine Gun Kelly and Travis Barker to be in our survival group. The video is super fun and high energy and will make you wanna party like a rockstar…or a zombie. Check out the zombie filled video down below!