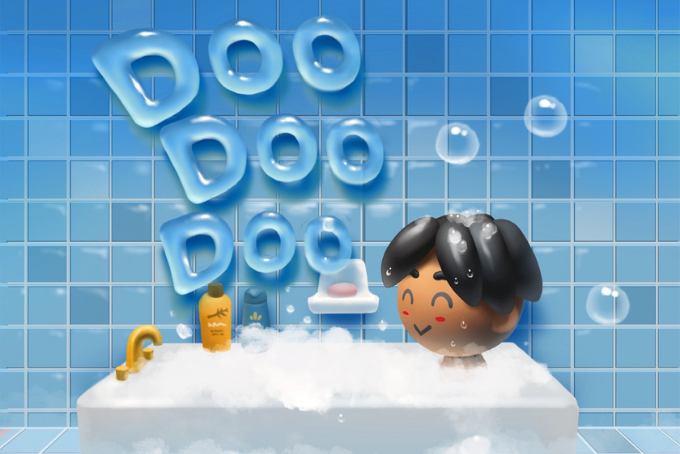 Nepal-born newcomer Curtis Waters is bringing great music and even better baths into 2021. After delivering an impressive debut album Pity Party and unique music videos in 2020, the “Stunnin’” singer is ready to kick the new year into high gear. With “Doodoodoo,” Waters proves that he’s here to stay with yet another impossibly catchy song that we can’t stop playing on repeat.

“Doodoodoo,” which Waters wrote and produced, leaves little to the imagination. As a matter of fact, the artist himself humorously described the single as “a song about taking a bath.” The lyrics are laced with racy double entendres while the chorus makes use of the titular “doodoodoo” in a captivating, rhythmic manner. In an interview with Zane Lowe, Curtis revealed that the song is mostly about the taste of success he experienced with “Stunnin'” and how he was able to buy his girlfriend things he couldn’t afford a year ago. Naturally, this made him feel so good that he had to put it in song.

The 21-year-old’s enthusiasm is understandable, especially since he’s mentally in a better place than ever before. Speaking about last year’s Pity Party, Waters mentioned that the album “started when I was at a very low point in my life when I dropped out of college and moved back home. I had a lot of time to think about all my struggles growing up as a brown kid in North America dealing with mental illnesses and the guilt that came with it. It’s about getting better at coping with life.”

Curtis Waters’ accomplishments are affecting his diverse fanbase in a positive way as well. He noted that he gets “a lot of brown kids messaging me telling me I make them feel like they can do anything, too, which is awesome. Hopefully, people can listen and feel less alone. That would make all the difficulties worth it.” You can listen to “Doodoodoo” in the link below.