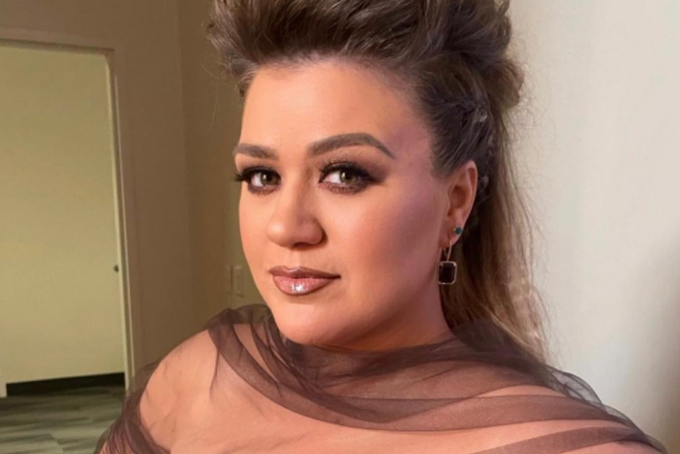 Wearing a long, tasteful floral skirt, a chunky belt and a black sweater, Kelly Clarkson recently took the stage on her namesake daytime talk show to cover not only one of the best songs of the 1980s, but probably one of the best tunes to ever hit pop radio waves: “Girls Just Want to Have Fun” by Cyndi Lauper. As always, Clarkson’s voice was flawless, but it’s hard not to watch her performance and think, “Where’s the fun?” Everything, from her outfit to her singing to her body posture, was more stoic and conservative than rebellious and free. But maybe, just maybe, that was the point.

Despite expanding her trophy collection with a daytime Emmy award win last year, Clarkson didn’t exactly have a “fun” 2020. Besides the COVID-19 pandemic that forced her and millions of others to work from the confines of their homes, she’s also been in the throes of a very messy and very public divorce. Us outsiders can’t even begin — and we won’t even try — to decipher what caused this marital rift to transpire, but we can all agree on one thing: no matter who you are, having a broken heart is a lot of things, but it sure as hell isn’t fun. That’s why, whether it was intentional or not, Clarkson’s cover of “Girls Just Want to Have Fun” comes off as especially poignant.

Her performance forces us to look past all the glitz, glamour and camp of Lauper’s rendition and really think about what the song’s trying to say. Clarkson helps remind us that it’s a song about a girl who is judged by her parents, stifled by her lovers and finally fed up with all of it. Could Clarkson, too, be done with all the things being thrown at her right now? It’s pretty understandable why she might be. And, although we fully admit we might be reaching, when you consider the song’s lyrics, it’s hard to deny that this isn’t the most perfect song for her to be singing at this particular moment in her life. Staring straight into the camera, Clarkson delivers one of the song’s most powerful lines without a flinch of emotion: “Some boys take a beautiful girl and hide her away from the rest of the world.” Then, with the same stone-cold expression, she sings, “I wanna be the one to walk in the sun.”

If it looked as if she was having a good time, we probably wouldn’t be reading so much into this particular performance; however, everything about Clarkson’s cover of “Girls Just Want to Have Fun” feels as if she’s just going through the motions. She doesn’t experiment with her vocals, she doesn’t stray from tightly gripping the mic center stage, and she doesn’t possess her normal glow or glimmer. For a woman who’s known to kick her shoes off on stage and throw herself into each and every song, Clarkson’s performance here just feels way too safe and formulaic to go unnoticed. Whether it’s concerning or not, however, isn’t for us to judge.

But let’s be clear: we’re not suggesting that she — or anyone, for that matter — needs to dance circles on stage or smile from ear to ear to personify fun. What we are saying is that based on watching Clarkson in the spotlight for more than a decade, it’s crystal clear that she just wasn’t having fun as she sang “Girls Just Want to Have Fun.” Nevertheless, she nailed the song in the best kind of way because she gave it a life of its own. In that moment, it felt as if Clarkson was gritting her teeth and shouting to the world that she’s ready for things to get better, to get easier and to get a little more — well, at the risk of sounding droll — fun. In short: It’s a killer cover.

Again, she might not even realize it, but Clarkson proved in this performance that she possesses the ability to make us feel things, big things, in mere minutes. It’s not every day that a cover performance gives us a glimpse into the artist’s soul or makes us rethink what we thought we knew about the original. Clarkson gets us to notice the lyrics and notice her as she’s singing them. On her stage on her own show, she somehow takes an iconic song and makes it her own. God bless Kelly Clarkson, seriously, for being such a powerhouse performer to add such depth to a song we all know but, without a doubt, rarely think deeply about. And that’s why you should stop what you’re doing and immediately listen to Clarkson’s cover of “Girls Just Want to Have Fun” above.