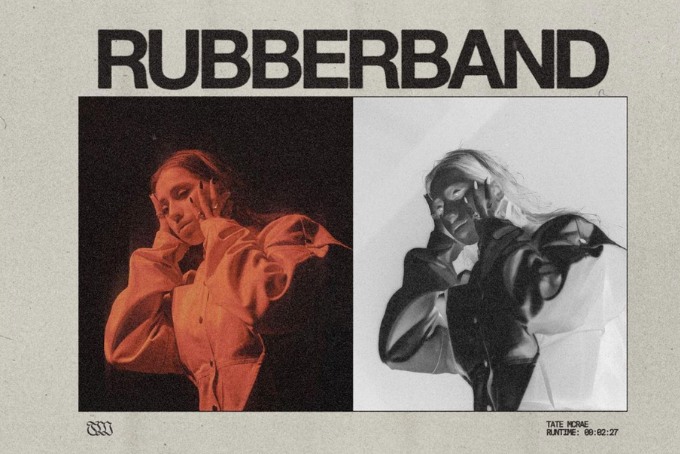 Just days out from graduating high school, noted Canadian pop singer Tate McRae dropped her first track of the calendar year, titled “Rubberband.” The single arrives on the heels of a very busy 2020. The track, which released January 20, has garnered over 2 million streams over its opening weekend. The 17-year-old hailing from Calgary, Alberta, released her debut EP, All the Things I Never Said, a year ago, supported by her single “Stupid,” which charted in two countries.

Opening on soothing, synth-y tones, McRae sings in high falsetto of moving on from a romantic endeavor through negative reinforcement, snapping a “Rubberband” on her wrist when the unmanned former partner graces her thoughts: “And I got this rubber band on my wrist, on my wrist // And I snap it every time that I think about your lips // Almost break it every time when I’m trying to forget.” Negative reinforcement is common in the process of domesticating house pets — an interesting take on recovery from a heartbreak. Countering a negative thought with a negative physical action, in this case, a double negative hopefully turns to a positive.

McRae got her first public exposure as a competitive dancer, appearing on season 13 of American TV show So You Think You Can Dance, where she became the first finalist to come from Canada.

McRae’s catalogue, while still relatively young in terms of career trajectory, is considerable. Commendable on accounts of output rate and quality, her 30-ish released songs have garnered tremendous numbers, bordering on one billion streams across all platforms. Between her debut album, which featured tracks written by Billie Eilish and Bebe Rexha, along with multiple chart-topping singles, McRae has racked up platinum and gold certifications across her career. While I am not into the prediction game, I won’t be shocked if “Rubberband” joins those aforementioned tracks to be added to the ranks of certified records by Records Industry Associations around the globe.