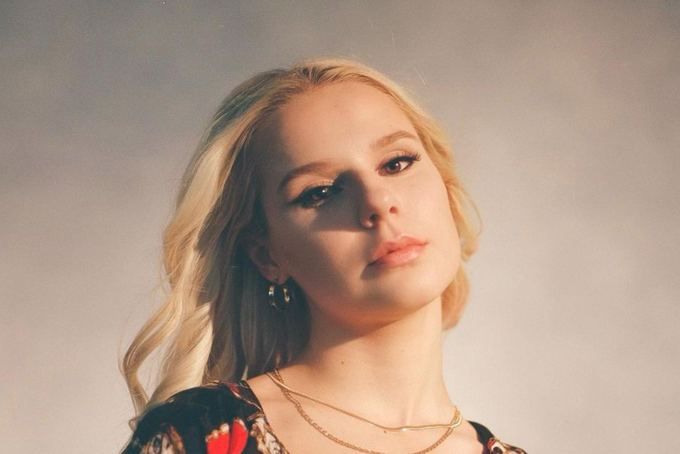 On both the title of her latest EP and one of its tracks, rising star ELIO asks “Can you hear me now?” The question is ultimately rhetorical, because if you are six tracks into her latest effort, her second EP after 2020’s U And Me, But Mostly Me, you’re already hooked onto every beat, every word, and even every breath of the world that ELIO crafts across the EP, unable to hear anything but her thoughts and feelings which she lays bare across the seven tracks.

Welsh-born, Canadian-raised, ELIO has one of those stories that feels destined for stardom. Born Charlotte Lee, ELIO turned to music when she needed it most, teaching herself to write, record, and produce her work from her bedroom. Her music, fittingly, also feels destined for stardom, blending synthy-pop with immense vulnerability, establishing her as a voice for a generation of people lost between Millennials and Gen-Z, who fail to fully understand where they belong.

After her stunning 2020 EP, 2021’s Can You Hear Me Now? further establishes ELIO as that voice, capturing the frustration of every 20-something trying to navigate a world that is clinging to the past while sprinting to the future. ELIO’s sonic landscape exists, like her generation, between times, falling somewhere between timeless nostalgia and expansive modernity. Her flush 80s synth-pop crashes against whispers of futuristic hyper-pop across tracks like “Come Around” and “CHARGER,” which has not gone unnoticed by hyperpop’s reigning queen Charli XCX who has hinted at a remix of the latter.

That timeless-meets-modernity approach spills into ELIO’s lyricism, keeping one foot in both the past and present with her references and feelings, allowing her to fully capture her generation’s point of view. Lyrics like “Baby, I wanna know what it feels like to // To feel enough” and “I used to lose teeth // Now all I lose is people” point to the universal loneliness that ELIO and millions of others have been felt as their youth fades away. The EP’s standout track, “Jackie Onassis,” is possibly the best example of this. Piling on the nostalgia with references to the 7/11 and the track’s namesake former first lady Jackie Kennedy, the track deals with feelings of frustration at life and all the issues of the modern world and desperation to truly live without a worry in the world. It feels like a manifesto, a cathartic rush of synthy freedom that feels like an escape from the crushing reality of the last few years.

With its warm glowy production and universal relatability, ELIO’s music draws you in and makes you feel seen so perfectly that you can’t help but get lost in it. Though our generation may not have the answers to every question, in the case of ELIO’s latest EP, we can most definitely hear her, loud, clear, and brilliant.