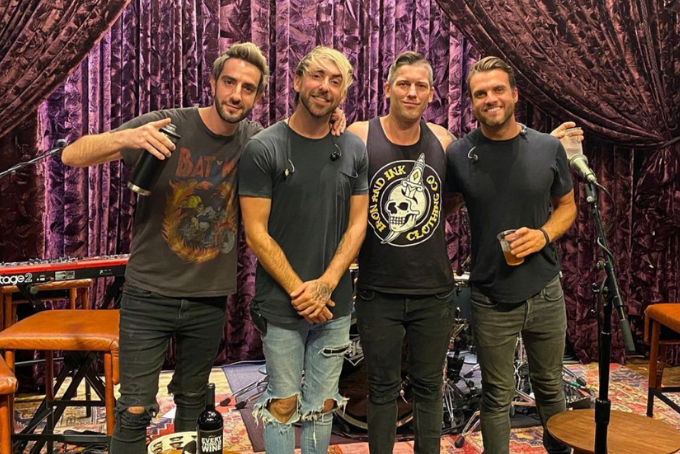 It was 2017 when All Time Low took our hands and introduced us to Last Young Renegade, the pop-punk group’s first dabble with a concept album. With the record’s release, fans were fully immersed in a world of teenage escapism, chasing down their ever-fleeting youth.

The release saw the guys explore new musical terrain, as Alex Gaskarth encouraged experimental ideas in both the lyricism and soundscape of the record that the band had never dipped their toes into before. Regardless of how the record has held up over time, the universe that was built from Last Young Renegade from 2017 to 2019 was closed as they went on to release 2020’s powerhouse of an All Time Low resurgence with Wake Up, Sunshine. Yet, just recently they’ve decided to return to the world of Last Young Renegade as All Time Low gears up for the new comic book All Time Low Presents: Young Renegades.

As expected, the graphic novel will be an extension of themes and storylines explored in 2017’s Last Young Renegade universe. To help bring the narratives to life, All Time Low was able to bring aboard Z2 Comics, writer Tres Dean, Heartthrob co-creator Robert Wilson IV, publisher Josh Frankel and artist Megan Huang.

Young Renegades is advertised as a story that takes place between the twists and turns of events in the lives of the two main characters, Connor and Becca on the same night as their 10-year high school reunion. The two protagonists find themselves hurdling through scavenger hunts for clues on where to find a top-secret All Time Low gig, yet they soon take notice of the gravitation the two of them have towards one another in ways they don’t quite understand.

“Who needs a high school reunion when your favorite band is playing a secret show the same night? That’s what Connor and Becca, two classmates who never crossed paths until their 10-year reunion, decide when they hear about a secret All Time Low show in town. As they follow the clues to the secret location, they begin to realize that larger forces are pushing them together and learn the power of hearing the right song in the right place at the right time.”

Alex Gaskarth spoke alongside the news of the graphic novel by sharing how Young Renegades allowed All Time Low to further delve into the world of Last Young Renegade in ways they couldn’t quite achieve just through music. For him, as an artist, being able to extend the narratives in more complex and creative ways through a medium they’ve never dabbled in before was incredibly overwhelming but, ultimately, very rewarding.

“When we wrote our album Last Young Renegade, we imagined an entire world separate of our own, almost a ‘what if’ version of All Time Low, both with our musical sound and with the visual narrative we put together around it,” Gaskarth says. “Creating Young Renegades, the graphic novel, allows us to tell more stories in the universe we imagined. And delve deeper into the mythos and thematic ideas that were at play when we were celebrating that era. Young Renegades is another branch, another thread and another look into the LYR continuity through an incredible medium we’ve never collaborated in before. Working with the story-tellers and artists on this project has been an incredible new undertaking and we can’t wait for everyone to enjoy it with us.”

All Time Low’s comic book, Young Renegades, sets to arrive on shelves through Z2 Comics this June. To celebrate the release, the band is also selling a limited-edition vinyl of Last Young Renegade in all-new colors.