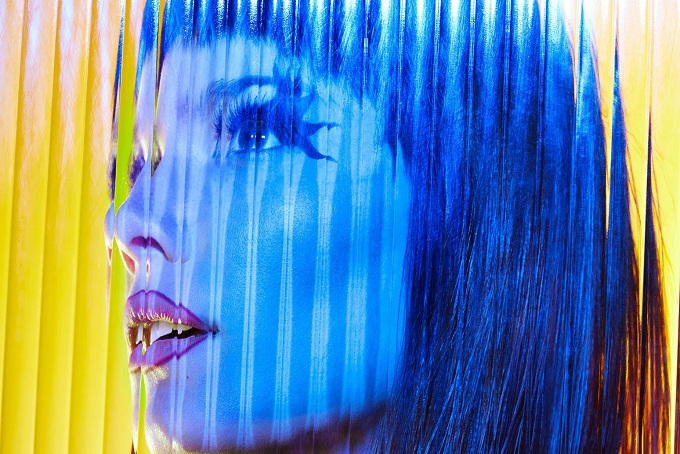 2020 was a busy year for Halsey. She released her third studio album, Manic and her first poetry book, I Would Leave Me If I Could. Still, it seems like 2021 is going to be even more intense! Last Wednesday, Halsey announced that she is pregnant with her first child. She posted a set of three photos showing her belly, and she looks gorgeous. Nevertheless, having a baby isn’t the only adventure that the artist will embark on this year.

Back in December, Halsey told her fans via Twitter that she was “keeping 5 secrets,” and that every secret gets “progressively more wild.” Honestly, what could be wilder than a pregnancy? We will have to wait and see.

The first secret that Halsey revealed is that she will be voicing a character, Portia, in the upcoming film Sing 2. Portia is an air-headed entitled teenage wolf, and Halsey described her as “a bit of Veruca Salt from Willy Wonka.” The artist also said that she is beyond excited to take part in the movie. “At the end of the day, everyone loves animated movies, and if you say you don’t, you’re lying.”

My character Portia is amazing and AWFUL hahahaha. I can’t wait for this I loveddddddd Sing so much I nearly fainted when they asked me to be in the sequel !!!!! https://t.co/eAW4Sndnhe

Moreover, Halsey released her makeup line, About-Face, on January 25. This brand is about celebrating “the many facets and forms of expression that live in each person.” An avid makeup fan, Halsey constantly does her own makeup for red carpets, music videos, live performances and just everyday life, and she usually shares her looks on Instagram.

The About-Face products available for purchase include highlighters, lip gloss, lip pencils, eye shadow and eye shadow sticks, and the prices range from $17 to $32. The brand’s next launch is an Anti-Valentine’s Day collection, which drops in early February.

Halsey’s third secret was her pregnancy! This is extremely special for Halsey as she has been battling endometriosis for many years. In 2016, Halsey told Rolling Stone that she wants “to be a mom more than… a pop star. More than… anything in the world.”

Last year, Halsey released “More,” a song she wrote about a miscarriage she had in 2015. The lyrics, “And when you decide it’s your time to arrive // I’ve loved you for all of my life,” reflect how much she wanted to become a mother. Halsey also referred to her baby as her “rainbow.” Rainbow babies are babies born after a miscarriage, and the term comes from the idea of a rainbow appearing in the sky after a storm.

Regarding the remaining two secrets, we will be on the lookout as Halsey stated that she will reveal one of them around February 4. Honestly, we just don’t know what to expect. It could be a clothing line, new music, a cookbook, or even a documentary. Whatever it is, it will surely be incredible!

We are extremely happy for Halsey, and we wish her the best in all her new endeavors! You can listen to “More,” off Halsey’s third studio album, Manic, below.