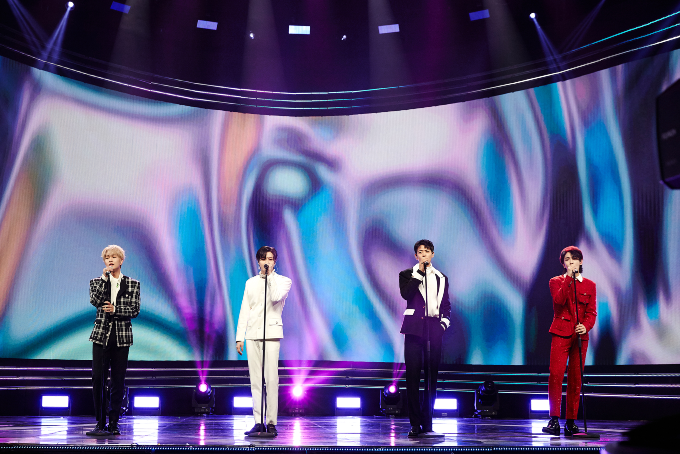 SHINee is back! The iconic K-pop group has finally announced their highly-anticipated return to the industry. The group first teased their return at SM Entertainment’s SMTOWN Live Culture Humanity live-streamed concert on January 1. During the show, a montage of SHINee’s greatest hits were played, ending with the simple message: “2021: SHINee is back.” SM Entertainment then released another short statement saying, “SHINee is preparing a new album. The comeback schedule will be announced once it is confirmed.”

On January 31, the group held a live broadcast on YouTube and V Live, titled The Ringtone: SHINee Is Back. During the broadcast, the group discussed their upcoming album, as well as performing. Alongside some solo performances, the members performed their track “Good Evening” and gave fans a taste of their new music with the upcoming b-side, “Marry You.” The new track is a rhythmic R&B-influenced love song, with a great showcase of the members’ synergy and impressive vocals. The group revealed that their new album is set for release on February 22 and the release will mark the group’s seventh album. There is no news yet on what the album will be titled.

SHINee then followed up this broadcast with a teaser for the upcoming release. On February 1, the group’s Twitter account posted a black and white photo of the group with the caption, “Any resemblance to actual person or event is purely coincidental.” Alongside that, the account listed global phone numbers for fans to call and leave messages for the group. The phone line is open until February 8. Members Key and Taemin also took to social media to share the news of their return.

The new release will be the group’s first since 2018’s “The Story of Light.” Since then, members Key, Minho and Onew served their mandatory two years in the military, being discharged earlier this year. Taemin continued with his solo career while simultaneously being a member of the K-pop supergroup Super M. Taemin is expected to enlist within the next couple of years.

Check out the group’s performance of “Marry You” below!