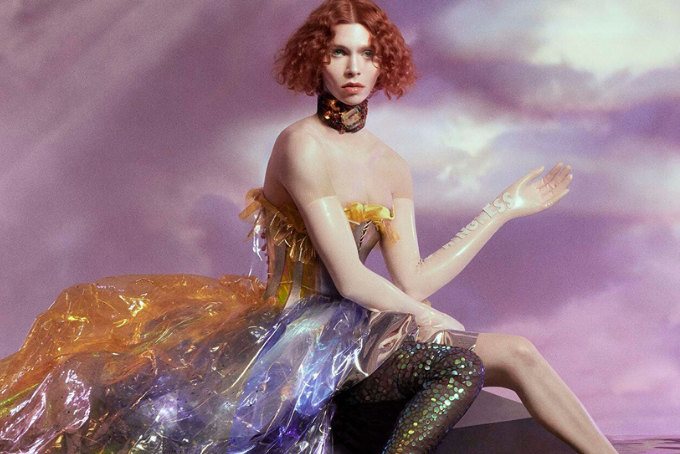 The music world, especially the close-knit hyper-pop community, is mourning the loss of one of the most innovative producers to live. Sophie was a 34-year-old Scottish musician, record producer, singer, songwriter and DJ. During her short, but mighty career, Sophie brought her unique sound to collaborations with Madonna, Charli XCX, Vince Staples, Kim Petras, Camila Cabello and more. In addition to her genius production work for other artists, she leaves behind her own amazing catalog of solo work including her only full album, Oil of Every Pearl’s Un-Insides and the remix version she later released.

Along with spearheading new sounds and perceptions of music production, Sophie was a true hero in the LGBTQIA+ community. As a trans woman, Sophie’s music and individuality became a beacon for her fans, many of whom always felt different. Her music not only celebrated uniqueness, but chased after it. Sophie’s music challenged the average listener and resonated with those who have been searching for something real.

When Sophie’s passing was announced in the early morning of January 30, fans’ and artists’ grief poured in with shock and appreciation for her work. Other renowned music producers, like Jack Antonoff, expressed their awe of Sophie and emphasized the legacy she will leave behind. In a string of tweets, Jack described Sophie as “an artist who truly had the ideas first and the guts to put it out there. I was never in the same room as Sophie but have felt her presence countless times through her work.”

Sophie pushed the boundaries of what music can sound like effortlessly. She pioneered an inimitable sound that is starting to be reflected in mainstream pop music and will affect listeners for decades to come. In honor of Sophie’s extraordinary impact on music, we’re highlighting 10 of her best and notable tracks.

One thought on “In Honor Of Sophie, We Highlight 10 Of Her Best And Most Notable Tracks”