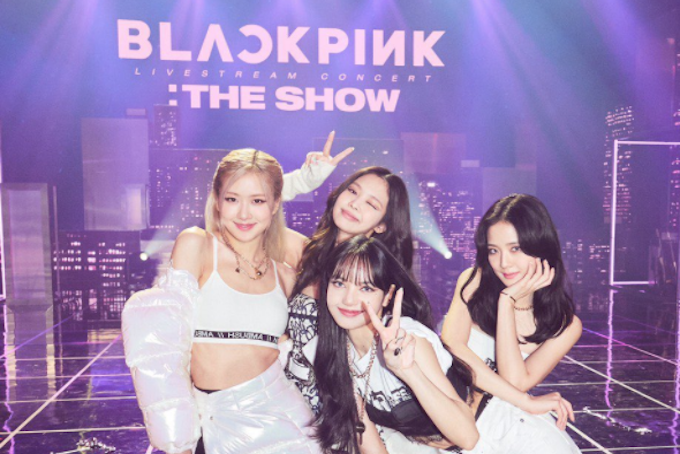 Blackpink held their first virtual concert titled “The Show” on January 30. Originally scheduled to happen days before the start of new year, “The Show” was postponed to pandemic issues. The K-pop quartet brought glitz, glamour, and swagger to our screens and was well worth the wait for blinks around the world.

Jisoo, Jennie, Rosé, and Lisa kicked things off with their signature “Kill This Love” while smoothly transitioning to the debut of “Crazy Over You” from their debut LP The Album . We also can’t help but mention their insane outfits and costume changes throughout the show.

The girls then took a short moment to speak with the fans and welcomed everyone to their long-awaited return to the stage.

Their powerful performances continued with their everlasting hits including “Playing With Fire” to last year’s “Lovesick Girls.”

Jisoo kicked the solo portion off with her ethereal rendition of Tove Lo’s “Habits (Stay High),” adding in her own Korean lyrics.

Being the amazing dancer and performer she is, Lisa slayed a showgirl version of Doja Cat’s “Say So,” complete with her own impactful rap lines. It also wouldn’t be a Lisa event without a dance portion. It’s no wonder her bandmates playfully addressed her as “Liyoncé” afterwards.

An unexpected moment was the debut of “Sour Candy,” their collaboration with Lady Gaga. Surrounded by mirrors and neon lights, all eyes were on the girls with their dominating gazes, choreography, and vocals.

As much as we know Blackpink’s high-energy performances, we appreciate the softer moments of their artistry as well. They sat down and belted out their newer, beloved b-sides “Love to Hate Me” and “You Never Know.”

“Solo” will always be an iconic song, but this remix had us over the moon. Rapper Jennie is back as she gave us some of her fiercest lyrics yet on this addicting new version.

One of the most highly anticipated moments of the night was Rose’s preview of her debut solo “Gone.” The vulnerable acoustic performance of the breakup anthem is only the beginning of Rosie’s long-awaited solo journey.

The group then bounced back into the final songs of the night starting with “Pretty Savage.” The use of pyrotechnics and a live band added to the atmosphere of a live arena performance. The transition to “Ddu-Du Ddu-Du” gave us one of the most visually appealing moments of the night. The stage ablaze was set ablaze behind them as they danced on water. Not to mention the army of shirtless male backup dancers.

Afterwards, the group shared a sweet video segment of the girl’s were reminiscing back on the memories of their first world tour.

After the confetti-laced performance of “Boombayah” the girls addressed the fans one last time. “I hope everybody felt our presence because in our minds we’re there with everyone,” Rosé told the audience before the heartfelt “Forever Young finale. “Watching our concert, I hope you get the feeling we’re all together.”

We certainly did ladies, and we can’t wait until the next time we can see each other in person again.