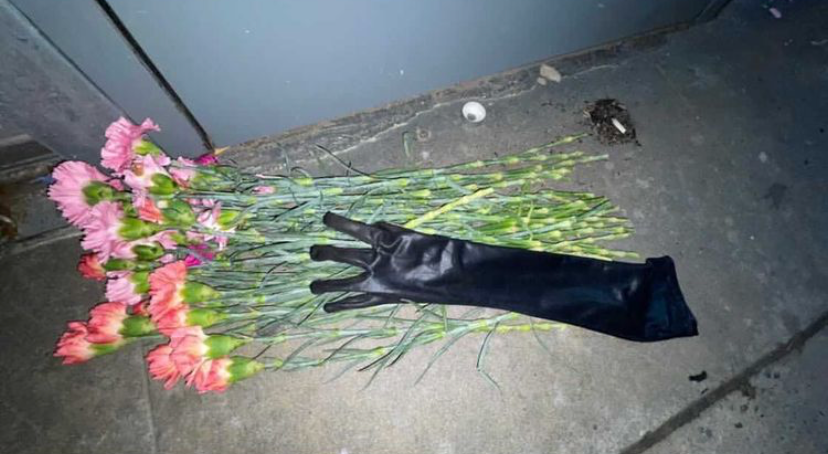 It was past 11PM PST on January 29, 2021 when I heard the first rumors. My partner texted me to say one of SOPHIE’s close friends made a story post eulogizing a trans woman; the next slide was a picture of SOPHIE.

We panicked. The story was deleted soon after.

We scoured the internet for any trace of evidence. We found more and more people saying it was just click-bait, a lie, a cruel joke.

I was relieved. I dropped off soon after that, drowsy and reassured that I would wake up in a world where SOPHIE was alive, to a post from SOPHIE herself, perhaps. I was so sure I would wake up from this bad dream.

The first thing I did was look for what happened–did someone hurt her? Was she hurting? Who did this? What I found ruined me. She fell from the balcony at her home while she was looking at the moon. There was no one to blame, no one to jail, no one to be angry at. It was just an accident.

People everywhere were posting pictures of SOPHIE’s moon, saying how beautiful it was, but I just glared at it. I pettily blamed it for her death.

The mood on social media that morning was palpable. Everyone was mourning, even people I had no idea were influenced by her. Everyone was posting pictures of her holding animals, DJing, smoking.

What really struck me, however, was the stories. People who never even met her were gushing about her–“she’s the reason I love pop music”–“she makes me proud to be trans”–“she changed me.” This is a woman who inspired innovation, liberation, and love everywhere she went. She made her mark on the world as a pioneer and as a woman, and she will be dearly missed.

@pc.music.memes on Instagram wrote many stories about seeing SOPHIE live, as they had been a fan since the mid-2010’s. They shared on their story:

“My favorite SOPHIE memory was seeing her at a small show in LA. I’m standing right in front of the DJ booth, and she pulls out a cig and motions to the audience for a light and I light it for her. When that was done, she pulls out another and I try to light it but it’s too hard so I just handed her the lighter and the second it’s lit, the set ended and she WALKED AWAY WITH MY LIGHTER. She stole my lighter!!! Queen sh*t!”

My personal favorite post was Michael Tucker of Bloodpop’s account of SOPHIE as a friend. He reminisced about the sessions of silly production they would do to blow off steam and mourned their future as companions and collaborators. It was extremely touching.

Everywhere I went on social media that day, love for SOPHIE was inescapable.

Of all the comments I read about SOPHIE, by far the most tragic refrain was “there will never be anyone like her again”. On the day of her death, I struggled to articulate who she was. My mom asked, “was she an artist?” to which my sister replied, “she was a producer I think”. No. That’s not enough. I sat there through this exchange at a complete loss for words. What could I say that would do her legacy justice? What could possibly convey the impact that this radiant and earth-shattering woman had made?

Everything I thought to say felt like dirt in my mouth. So I settled for “She was one of my favorite artists of all time. You hated her music whenever I played it on my speaker,” and didn’t speak about it for the rest of the day.

That Saturday was busy. We were cleaning the garage, putting away Christmas decorations (finally), organizing the kitchen. Occasionally, I would get so distracted that the thought of her would drift from my mind. Several times when this happened I realized my chest was hurting, and I wondered why. Then, with a pang and rush of emotion, I would remember. “SOPHIE is gone.”

There’s just an empty void where there once was a star who shone so bright. The world is a darker place now. But the one thing that SOPHIE taught me is…