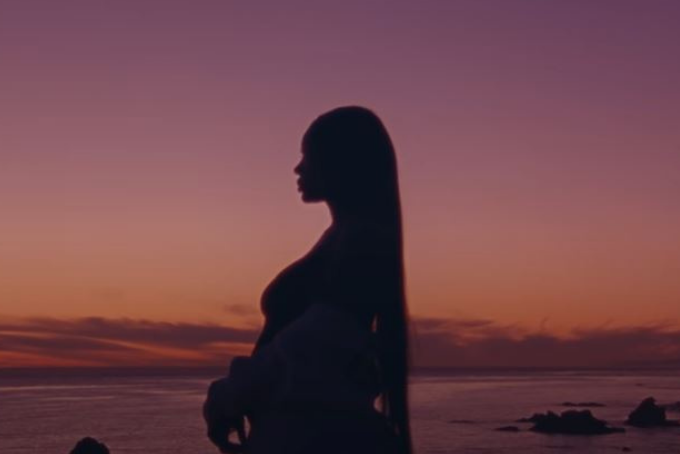 Summer Walker proudly shows off her pregnant belly in the new music video for “Body,” a notable track from her 2019 debut studio album, Over It. Although “Body” stood as an album hit alone, the new visuals take the concept to a deeper place. The entire video showcases Walker’s pregnant silhouette with the backdrop of some very breathtaking views.

In November of 2020, the R&B singer announced that she was expecting with music producer London on da Track via Instagram, posting a (since deleted) photo with her partner cradling her emerging baby bump. Take it from us, it was SO cute.

Now, as an artist, Walker is taking full advantage of showcasing the artistic depth of what it means to be a mother and honor your body.

In “Body,” Walker samples 702’s hit 90s song “Get It Together” as she sings seductive lyrics that romanticize the gray areas of her relationship. Originally, the song addressed feeling insecure with a toxic partner, but Summer chooses what “my heart, my mind, and my body is saying.” This track reflects on syncing up all three of these aspects to seek fulfillment.

More than a year after the release of “Body,” Summer rewrites the rhetoric with new visuals that promote motherhood. As she glistens in the sun, wearing a black slip dress and nonchalantly revealing her transformed body, she makes a comforting statement toward self-acceptance. She juxtaposes navigating choices about her body as a single twenty-something woman to the permanent decision to become a mother. In a recent interview, Walker told BAZAAR, “I think I’ll be a great mom, I’m super excited.” And we’re excited for her. Congrats to Summer and London on da Track on this new addition to their family!