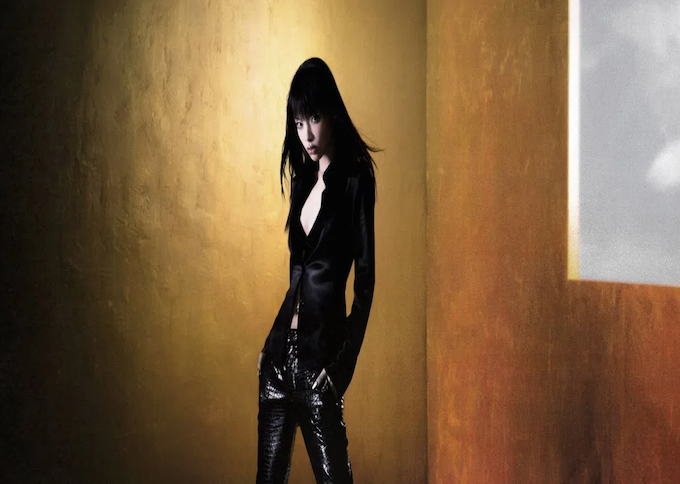 Lexie Liu has released her self-written and produced Gone Gold EP. The Chinese singer-songwriter and rapper is known for her enchanting blend of genres and seamless transition between Mandarin and English lyrics, as showcased on her previous works 2030 and Meta Ego.

Her lead single “ALGTR” is a sonic departure from her usual sultry R&B and rap blend in favor of electro-pop and rock. Not to say she hasn’t dabbled in the futuristic punk-pop genre before, but this feels different and more high-energy than much of her previous releases.

The lyrics take on the omnipresence of technology and its murky role in our current state of affairs. “Is it really real or is it just online?” she sings. The accompanying music video takes us on a wild ride into the future and eventually a fiery demise. This may not be a bad thing though as it also means we get a chance to start over.

Although she relies less on rap and R&B this time around, Lexie has this hypnotic quality to her music from her trance-like vocals along with the ability to craft sharp and memorable hooks. This remains evident on all seven tracks from the electronic “Shadow,” to the disco “Carousel,” the trap-pop “Chu Chu,” as well as the dance-pop “L.”

“A Babel Cat” marks a short return to her previous R&B prowess as she delivers a hauntingly beautiful song and performance.

The final “Go Psychotic! (Outro)” has the instrumental from “ALGTR” in addition to Lexie’s version of speaking in tongues.

Gone Gold is another testament to Lexie’s artistry and growth. There’s no genre she can’t do and is shaping the future of pop music in her own undeniable way.