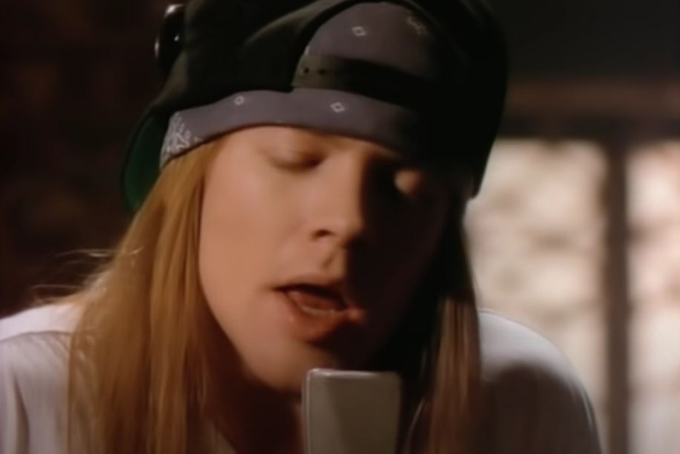 Bandana. Shades. Fiery red hair. A lot has changed over Guns N’ Roses’ long musical reign, but their frontman, Axl Rose, still rocks these whenever he takes the stage. They, along with a distinctive voice that falls somewhere between screechy and impressive, are his calling cards.

Rose is an unforgettable icon who stands in a class that’s entirely his own. Not only has he inspired scores of bands over the years, but he’s also regularly flattered through imitation, such as with Tom Cruise’s approach to the Stacee Jaxx character in Rock of Ages and Adam Levine’s 2011 Halloween get-up. And today he’s 59 years old.

In fewer than six decades under the sun, he’s rocked his way into music lovers’ hearts countless times in typical Axl Rose fashion: theatrically loud and completely unapologetic. To honor him, we’re revisiting some of the most exciting, cinematic videos he made with Guns N’ Roses.