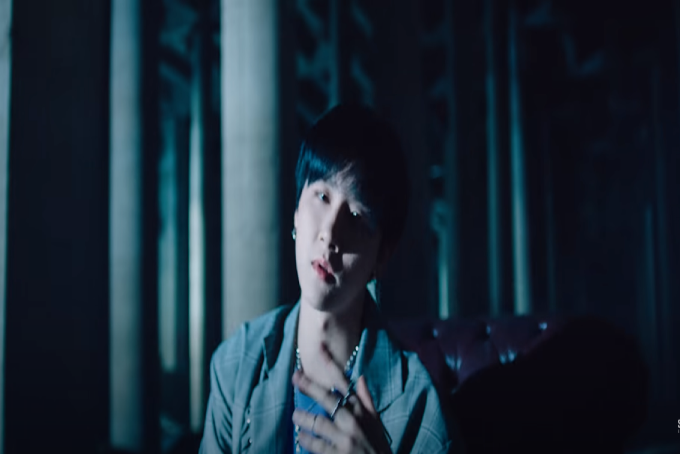 Monsta X’s I.M. is getting ready to give fans a sweet Valentine’s Day present! The group’s management, Starship Entertainment, announced on February 7 that the rapper will be releasing a solo mini-album titled Duality on February 19. Back in January, the company stated that I.M. would be releasing a solo single in February, which is likely to be the artist’s lead single from the upcoming album.

I.M. is no stranger to going solo. The rapper has released mixtapes before, starting with his 2016 release WHO AM I, though Duality will be his first official solo release since he debuted with Monsta X in 2015.

I.M. has already proven himself to be a force to be reckoned with, writing all of his raps for Monsta X’s releases, as well as composing and producing. He produced the group’s songs “MOHAE,” “Champagne,” “U R” and “ZONE.” In his past solo releases, he has also shown an avid interest in collaborating with other artists, including singer-songwriter YESEO and American singer-songwriter ELHAE.

In an interview with Vogue Korea last year, the rapper revealed his intentions when working on solo music. “When I make my album, I become more honest with it…it makes me talk about my innermost thoughts and become more like ‘I.M..’ He went on to talk about his dedication to his musical craft sharing that “even when I’m hanging out with my friends, I run to the studio saying ‘This is not the time for me to be like this.’ Even if it’s a rest day, I feel at ease when I go to the studio.”

Beyond the teaser image, there has been no further news on what the lead single or the rest of the tracklist will look like. It’s likely that more news will be released this week and potentially a video teaser.