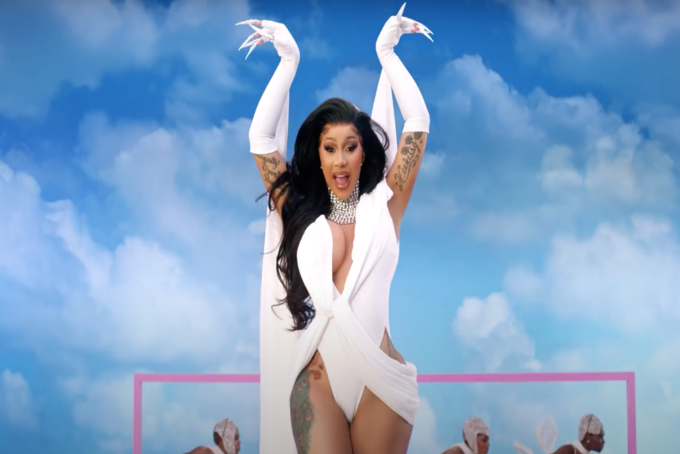 2020 was an amazing year for Cardi B, from her baby girl to her coronavirus remix that hit billboard charts. After her large success of her hit single “WAP,” Cardi decided that it was best to give her fans another single. Cardi announced this excited new last week and on February 4, she released “Up” alongside a music video. The upbeat, fun and sexual song quickly accumulated over 24 million views on Youtube and over 5 million streams on Spotify.

Cardi mentions that she wants to song to be different compared to “WAP,” She states that, “I wanted a more hood song. I feel like my last song was too sexy, Offset. I feel like this is more like of an Atlanta thing.” “Up” is perfect for precisely this. The song is a clapback to haters, a feminist song and even has some innuendos. She mentions that “Up” was inspired by her husband, Offset. Cardi revealed that, “[Offset] kept saying ‘up and stuck’ and I’m like ‘oh shit.’ I keep saying up and stuck out of nowhere […] He always say it, but I feel like… this is some gangsta shit and that’s what I like.” Little did he know, he made a hit song.

If you thought the song was good, wait till you watch the music video. The creative video makes some tributes to 2020, the 90s and even resembles Megan Thee Stallion’s “Body” music video. In the beginning of the music video, Cardi is seen dressed in funeral attire, paying her respects to 2020. Soon later, she is seen dancing with others in 90’s outfits and hair. She mentions that this is all in relation to the “Atlanta thing.” Lastly, she is seen wearing similar outfits to Megan The Stallion’s “Body” music video. Watch the music down below and let us know what you think!