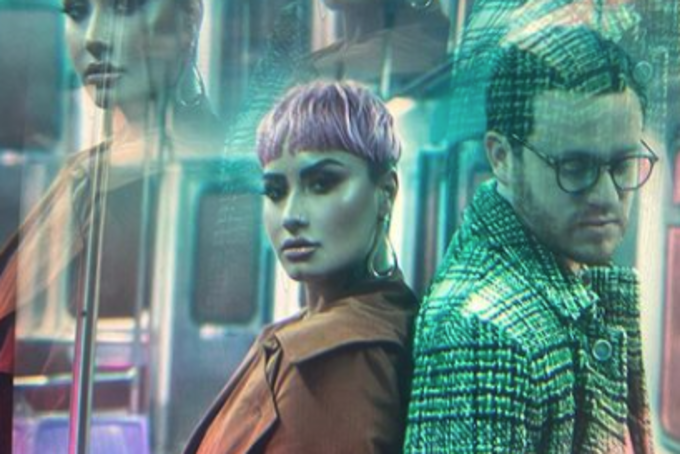 Demi Lovato teamed up with Australian singer-songwriter Sam Fischer for new single “What Other People Say.” The introspective chill-pop ballad, which dropped on February 4, dives into the sadly common struggle to rise above societal pressures to fit in. According to Lovato, “the song is a reflection on what it’s like to lose who you truly are in an effort to please other people and society.” Fischer described the track as “a confession” about “how getting caught up with the wrong things can change you.”

“Thought when I grew up, I would be the same // As the ones who gave me my last name // I would not give in, I would not partake // In the same old drugs everyone else takes,” Lovato sings over a simple chord progression in the first verse. It’s easy to think you’d never get caught up in the wrong things as a kid. However, sometimes life comes at you fast and before you know it you’ve become someone you never thought you would.

“I used to call my mom every Sunday // So she knew her love wasn’t far away // But now I’m all f**ked up out in LA // ‘Cause I care more about what other people say,” she continues in the chorus, seeming to regret how much she let the people around her change who she truly is.

Fischer comes in on the second verse, singing “I wish I could shelter the boy I knew // From the constant hell I’d put him through // ‘Cause I’m all grown up and I’m black and blue // I could use some tape, I could use some glue,” further driving home the theme of wishing you could’ve done more to save yourself from losing who you are to societal pressures.

The song is an anthem for those who are sick and tired of caring what other people think. In the age of social media where everything we share is up for public scrutiny, authenticity is becoming more and more of a rarity each day. It is a simple but powerful statement that is much needed right now. Lovato’s incredible vocals paired with Fischer’s poignant songwriting easily makes this song one to remember. Check out the lyric video for “What Other People Say” here: