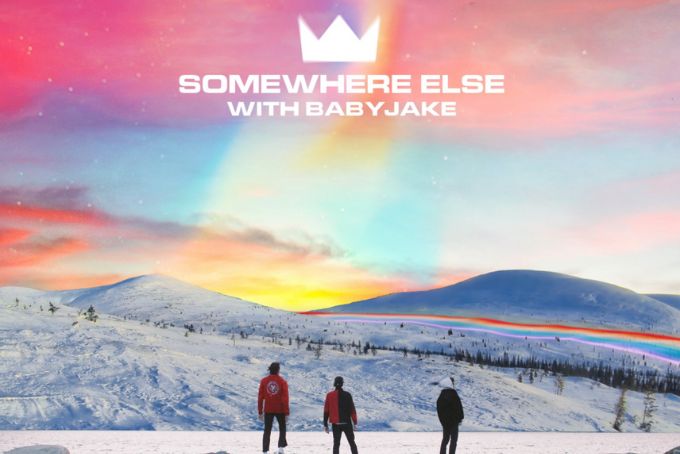 Chicago-based production duo Louis The Child crossed a major milestone in 2020 with the release of their full-length debut album, Here For Now. However, a new year calls for new music and they’ve provided just that with a little help from singer-songwriter BabyJake. Their collaboration, titled “Somewhere Else,” is about self-discovery and yearning for more out of life, which is as relatable as ever in 2021.

“Somewhere Else” has practically been in the making since 2016 when “Cigarettes On Patios” singer BabyJake messaged Louis The Child on Instagram regarding a collaboration. The trio was a match made in music heaven. The song is as catchy as it is soulful, with BabyJake delivering a spirited vocal performance that’ll be stuck in your head for days.

Louis The Child provides some of their best production work to date on “Somewhere Else” and it’s a track that we’re itching to enjoy live in concert — once it’s safe to do so. The creation of the song was therapeutic for everyone involved and you can hear the passion throughout, especially as the verses swell into a dynamic chorus. “Life is full of ups and downs, moments where you’re completely here and times where you feel lost or detached,” the DJ duo said. “Making this song with Jake felt therapeutic in a way. We could hear him addressing his current mental state and some of the moments that lead him here. It wasn’t what we expected to make that day, but in the best way possible.”

The single premiered alongside a stunning music video, directed by Chase O’Black, that was filmed at California’s Mammoth Mountain. It serves best as a visual representation of BabyJake’s conflicted state of mind, though it’s something that many can relate to. Speaking on the inspiration behind the lyrics, the singer said, “When I say I’m ‘somewhere else’ I’m really saying, ‘All I wanted to do was get here (Hollywood/my dream), and now that I’m here, I realize I’m still lost’. So, to all the people who feel lost, it’s not just you. I’m living my dream and still searching for that somewhere else.”

Louis The Child’s debut studio album Here For Now and BabyJake’s debut EP Don’t Give Me Problems, Give Me Wine are available on all major streaming platforms. You can listen to “Somewhere Else” below.