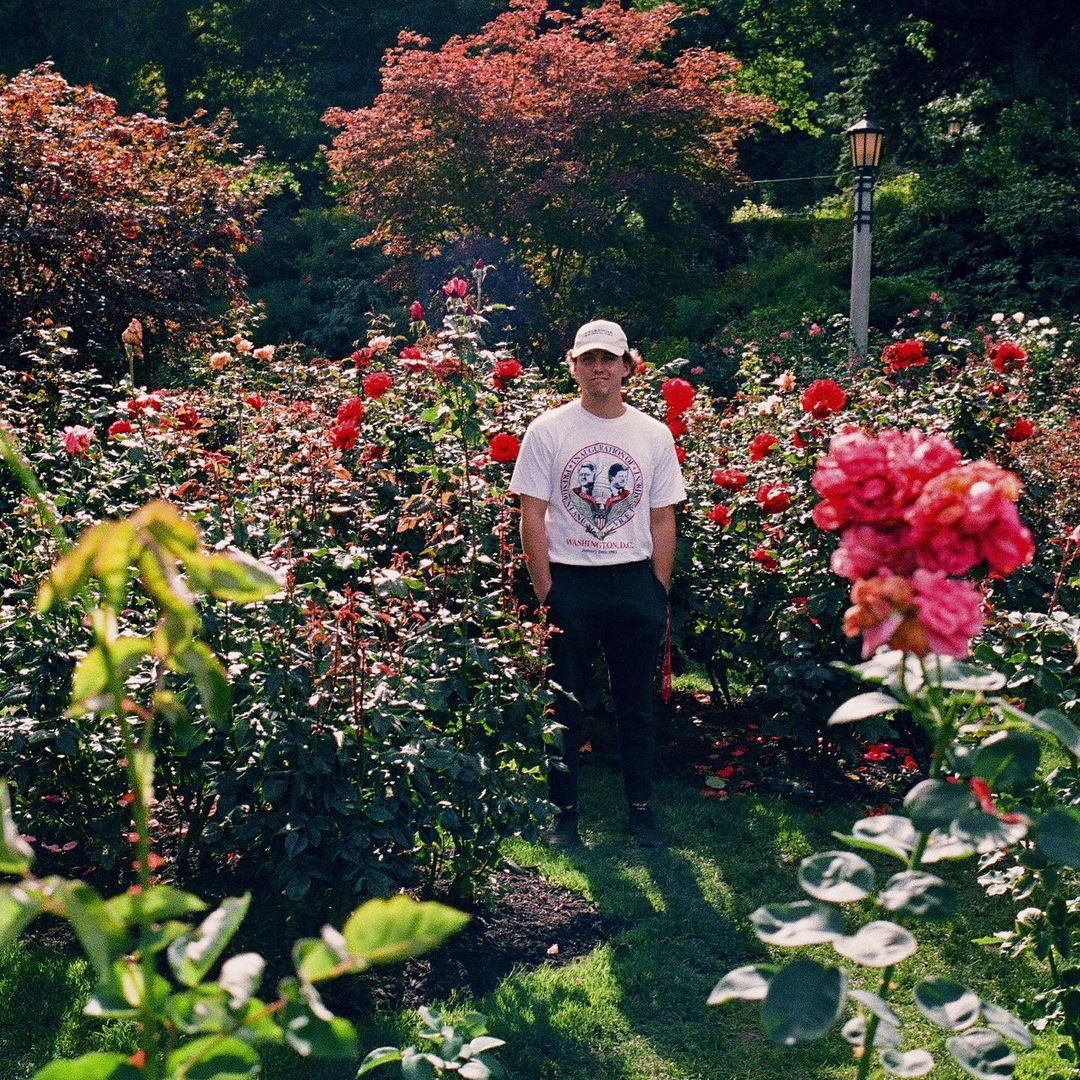 You may recognize Ritt Momney from his wildly viral cover of 2006 hit “Put Your Records On,” but the artist is hinting that there’s much more music to come. Recently, Ritt Momney dropped his first single of 2021, “Not Around,” which marks a new era for his upcoming debut album. Consider “Not Around” an emotional banger you didn’t know you needed. The new track explores feelings of uncertainty within a relationship and the insecurity that can manifest from it.

The solo act behind Ritt Momney, 21-year old Jack Rutter rose to fame after releasing the calming Corrine Bailey Rae cover in late April 2020. The single became a very popular song used on platforms like Tik Tok and Instagram, and was featured by countless influencers. Since that release, Rutter admits he’s ready for a new sonic era, which starts with sharing “Not Around” with his fans.

Perhaps what makes “Not Around” such a guilty pleasure track on repeat are the talented masterminds behind the production. Co-written and co-produced with Dayglow, this song sets a somber tone that builds up to an epic climax. Although this track is breif, it’s packed with vulnerable lyrics and Rutter’s soothing vocals. In the chorus, he describes the taxing emotions of lost interest: “But when you’re not around// I turn into something// I’m not lost or found// I’m neither, I’m nothing.”

Palehound steps in to finish the song off with a powerful guitar solo that’s pretty impossible to ignore. We love the seamless build up these three artists created together in under three minutes. The collaboration between Ritt Momney, Dayglow, and Palehound definitely showcases the growth of this up-and-coming artist since his last viral release. We cannot wait to see which direction Ritt Momney will take on his new album!