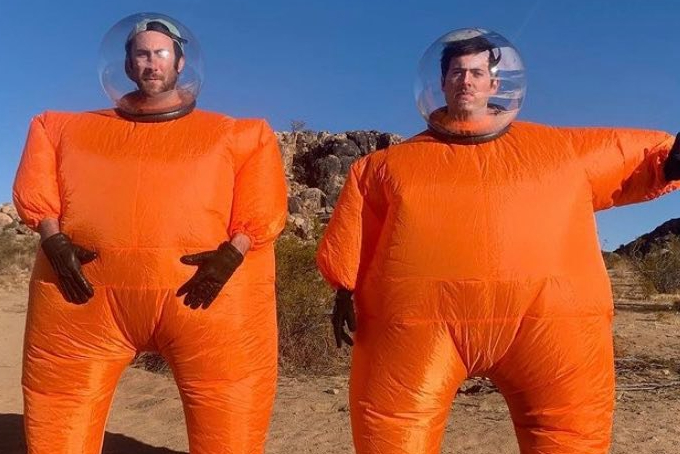 Aptly monikered Los Angeles electro-house duo Two Friends dropped a mid-winter reminder of what summer sounds like, titled “Last Day.” Made up of Eli Sones and Matthew Halper, this is the group’s first original release of 2021, and appears to point toward an EP release later in the quarter, right on schedule with their long-form release cycle of 4-year increments. The pair rose to notoriety through their Soundcloud hosted Big Bootie remix series, which have combined for over 84 million listens on the platform, across 17 additions – good for an average of 5 million plays on each hour-long journey.

and big shouts to @JosieDunneMusic … cuz of mr. covid we literally had to record this over zoom where we had control of her computer thru screen sharing while she was in nashville and we were in LA

technology makes the techno (this is techno)

On brand for the pair, they enlisted 22-year-old Josie Dunne for vocal duty on the track, and she is a solid fit. Aside from their noted remixes that have gained them stalwart status on the DJ circuit, Two Friends have set themselves apart with their eye for complementary vocal aids on their tracks. From the open of the track throughout, Dunne’s eclectic high falsetto is a tremendous companion to the tropical beat that screams warm weather, despite lyrical content pertaining to the world ending. Singing of making the most of the seemingly short time they have together “on the last day on earth.”

A whimsical love song, “Last Day” has the vibe of a well attended urban spin class – upbeat and chock-full of sounds that release endorphins. A wholesome, healthy melodic drop coupled with a robotic synth effect that can only be described as a “groovy scratch.”

Promotionally, the duo culminated a choreographed dance for the song, as well as posting behind the scenes footage of the music video. Having added pep to home-workout playlists across the world, the song performed well, racking up over 100,000 streams of Spotify over its opening weekend.