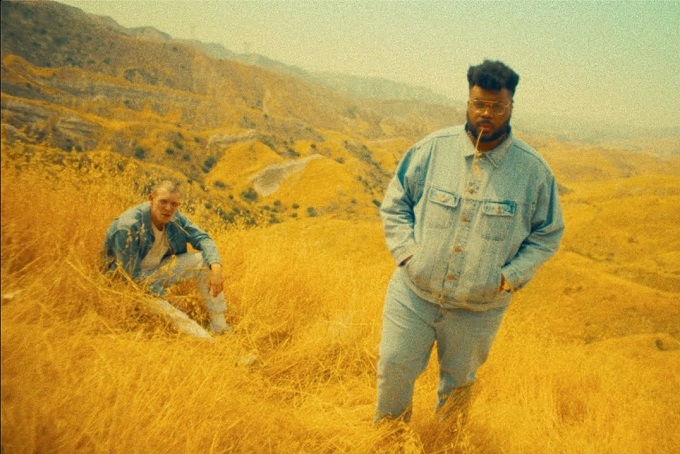 USERx did it again! The joint musical project between Matt Maeson and Rozwell is becoming bigger and bigger. This time, the duo joined forces with Manchester Orchestra’s Andy Hull for their new track, “Headsick.”

Last October, Matt Maeson, known for songs like “Cringe,” “Go Easy” and “Hallucinogenics,” announced that he was working with Rozwell on a new project. Rozwell has been Matt’s creative director for years now. Maeson described USERx as a collaboration “five years in the making… Coast to coast, year to year, we have collected songs that vary in genre but keep the same cohesive nature that Rozwell and I started all those years ago.”

The pair have released three songs in the last five months, and, according to The Virginian-Pilot, their debut EP will come out soon.

The musicians drew inspiration from their hometown of Virginia Beach, which means that the EP will not belong in any particular genre. Rozwell affirms that “Virginia is just an amazing place that breeds such creativity that is different. There isn’t one thing you can point to that is the Virginia sound. Our thing is creativity.” Definitely, USERx are up for taking risks and succeeding while doing so.

For Maeson, working with Hull in “Headsick” is basically a life-long dream come true. The artist stated, “when I was 17, I stumbled across an album that I immediately became obsessed with. I couldn’t get over how perfectly the lyrics described my circumstances and how the music just matched every emotion. That album is called Simple Math by Manchester Orchestra… Rozwell and I would drive around for hours listening to ‘Leaky Breaks’ on repeat.” Likewise, Rozwell added that Manchester Orchestra inspired him “to one day make music that was as honest and well made.”

Like most Matt Maeson songs, “Headsick” dives into dealing with oneself’s issues and being pessimistic. The raw lyrics depict a seemingly alcoholic person who thinks that their life has been unfulfilling, and who wants to overcome their problems. However, they fail to do it because of the intrusive thoughts that keep coming. At first, the track may seem bland and just like any other song, but the instrumental break and the bridge bring it to life. Rozwell’s production and Matt’s vocals shine throughout the track and demonstrate that they were born to make music.

Moreover, the music video portrays two children who represent Maeson and Rozwell having fun in their hometown. We can see the kids skating, talking, and even stealing liquor. In contrast, some scenes show grown-up USERx walking through the darkness in apparent affliction. USERx’s performance of the lyrics “I’m headsick, I’m drug bit / I’m loveless, I’m traffic” conveys the message of hopelessness and uncertainty that surrounds the song.

Definitely, USERx is an excellent idea, and both Matt and Rozwell are bound to become a new sensation and top the charts; their fearlessness will surely take them places, and we cannot wait to see it happen!

You can listen to and watch the music video for “Headsick” below.