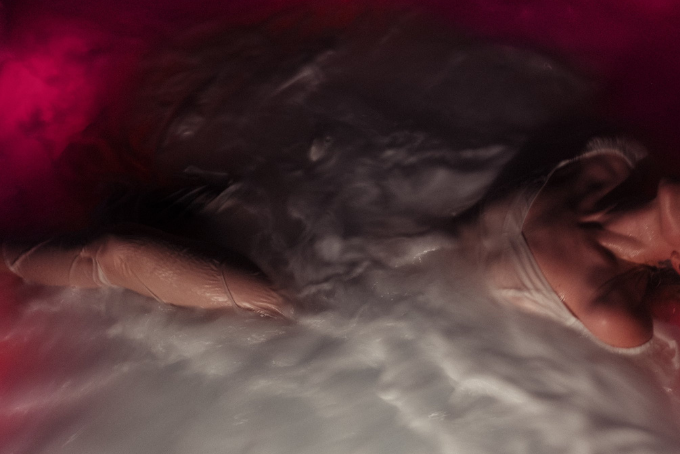 Since Paramoreburst onto the scene over a decade ago, Hayley Williams has been the face of everything loud and bright. From the ever-changing neon hair colors she sported throughout her career to her status as one of modern punk’s biggest names, Williams’ has always stood out as uniquely big and bold in an industry of equally big and bold stars. On her latest solo effort, Williams’ the leaves that behind, opting to bare her soul over muted, barely-there instrumentation.

Unlike her debut solo record, Petals for Armor (which arrived a mere 9 months ago), Flowers for Vases/Descansos finds itself stripped bare of the colorful cloak worn by its predecessor while doubling down on its images of emotional vulnerability. The record, which Williams’ describes as a “prequel” to Petals for Armor, plays with the same haunting images of songs from the earlier record. On “Good Grief,” Williams’ sings of how there is no good to be found in the bad (“There’s no such thing as good grief // Haven’t eaten in three weeks”), echoing the hard truth of tracks like “Leave It Alone” (“If you know how to love // Best prepare to grieve”).

The Paramore frontwoman abandons her love of contrasting dark lyricism with big pop-punk production, which was a staple of both Petals for Armor and Paramore’s last LP, After Laughter. Solely performed and written by Williams at her home, she sheds the glittery synths of songs like “Dead Horse” and “Hard Times,” crafting a soft and delicate sound driven by acoustic guitars and pianos.

Williams’ has always been one to bare her soul, but on Flowers for Vases/Descansos, her lyrics are less proper, less constructed. The same feelings that have been a staple of her pen for over a decade persist — those of loneliness of depression, of broken-hearts. Here, they are not found as lyrics, but more so as thoughts and feelings scratched onto a loose scrap of paper that just happen to be set to music. Her vulnerability is unobscured and uninterrupted by melody or poetics, instead of taking the driving seat. Her trauma is layered in the soft repetition of “Trigger” (“‘Cause I got the trigger, but you hold the gun // How come you never put the safety on?”) or “Inordinary” (“I wasn’t ordinary, ordinary, ordinary // I was inordinary, ordinary”), while her despair echos behind the blunt imagery of “My Limb” (“If you gotta amputate, don’t give me the tourniquet”).

Flowers for Vases/Descansos may leave behind much of William’s signature moves, but it still feels so distinctly her. While her hair and her sound may be recognizable, her emotions, her lyricism and her voice make Wiliams one of the most distinct people in music, and none of that is lost on this record. Instead, they step into the spotlight, and deservedly so.